Year after year we get games that push the boundaries and give gamers across the world amazing experiences. 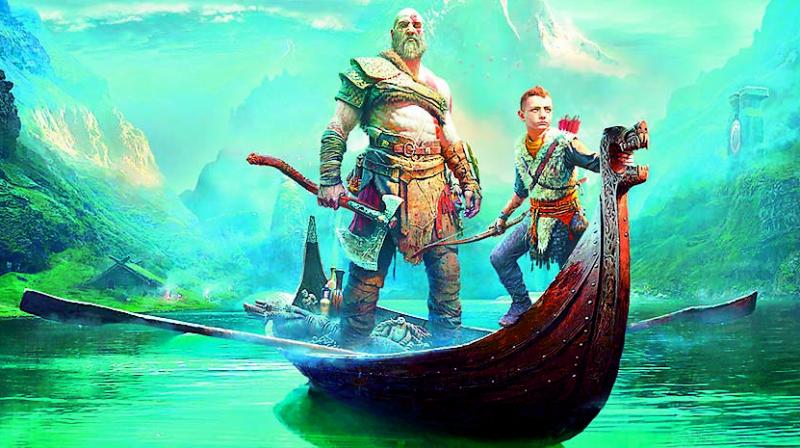 Year after year we get games that push the boundaries and give gamers across the world amazing experiences. From the best singleplayer games to non-stop multiplayer action that has you going back for more. Here are some of the best games of 2018...

Dragon Ball FighterZ is a game we never thought we wanted. While the striking art style took us by surprise upon its initial reveal, the final release confirmed that it was a great game from the mechanics perspective. The gameplay and visual style meshed together, that often led us to believe that we were an active fighter in an epic battle from the anime. Not only was the gameplay fast, responsive and eye-catching; the story cantered around Android 21 was filled with memorable moments and encounters. Dragon Ball FighterZ was a dream come for any Dragon Ball fan.

When Cory Barlog returned to direct a new game in a series that suffered from serious fatigue, we expected it to be excellent, but more of the same. The radical shift in gameplay, tone, storytelling took us by surprise. The strength of its combat, character interaction and level design carried us through an emotional journey about family, self-discovery and loss in a way we had never imagined. It was filled to the brim with meaningful development for the main, as well as supporting characters and sets up an unbelievably exciting sequel. Not only did the brutally satisfying combat feature seemingly endless depth, it also features one of our favourite gameplay sequences of this entire generation. God of War is easily one of the best games released this year, and is the perfect example of how a studio can reboot a series.

Fans have been begging for a big budget Spider-Man game ever since, or even before, the release of Batman Arkham Asylum. For one of the most popular superheroes of all time, it was shocking how much the games varied in quality. Marvel’s Spider-Man is a showcase of what a studio can do with a licenced property if given enough time and creative freedom. We were surprised by how much we connected with the characters, and how well portrayed the various relationships were in the game. The combat looked great from the beginning, and it was a blast to play. This is also true for the swinging, and it proves that even though fast travel is an option, good traversal and movement mechanics are key to this genre. Marvel’s Spider-Man excels at combat, swinging and character interaction; and it doesn’t need anything else to be one of the best games released this year.

Forza Horizon is a franchise that delivers year after year and Forza Horizon 4 is another year at the top for what is easily the best racing franchise in the world right now. In Forza horizon 4, the Horizon festival moves to the UK and it’s stunning landscapes but what really sets it apart is the changing seasons. Different driving conditions, races and access to new areas with different seasons every few days makes it the most dynamic racing game yet. This is also the most rewarding forza game yet, with tiers and progress for each vehicle in addition to race types. So every time you step into a car you’re getting new rewards and unlocks. It’s a game that will keep racing fans going back for more week after week.

Battlefield V is a great return to form for an ageing franchise that has certainly had its fair share of ups and downs. Set in World War II, it really brings back the feeling of classic Battlefield Games and fixes a lot of the issues gamers had with Battlefield 1, especially with microtransactions and lootboxes. The game launched with standard multiplayer modes and a few singleplayer stories and is expected to add it’s hotly anticipated Battle Royale mode early in 2019. Most battlefield games lose a lot of players over its first year but Battlefield V is fully embracing its games as a service model and has a substantial content plan that will roll out over the next year and I for one feel it’s doing justice to its fans and players for now! Besides, free maps and modes for all owners is a great way to keep a large player base happy.

2018 sure had its fair share of great games, but as always it also had games that
didn’t quite live up to the hype. Either trying to cash in on a popular franchise or a victim of overzealous marketing that sold a dream that never was; here are the games that just didn’t deliver this past year...

Its not often that Todd Howard fails to deliver on a promise but alas Fallout 76 was a huge disappointment. We were promised a better looking Fallout world to enjoy with other players but it ended up being a buggy and far from perfect Fallout that you could struggle through with your friends. From server issues, mission glitches and a watered down Fallout experience, there’s not much that Fallout 76 did right this year. Lets not forget the Fallout 76 Power Armour Edition debacle where gamers received a cheap bag reproduction instead of the canvas bag promised and then were offered a mere $5 before Bethesda finally stepped in to offer everyone new bags.

Sea of Thieves certainly delivered on giving us the most amazing water mechanics ever seen in a game, however, it seems like the developers spent all too long trying to make the water look good and actually function that they forgot to add any end game content. Sea of Thieves is a lot of fun for about 30 hours or so, by which point you would have exhausted most of the content in the game. While there are certainly new world events and missions, most of the game revolves around fetch quests that don’t have much variety other than the colour of the objects you need to retrieve.  While there is certainly exciting content in the works which is more PvP centric.

While I’m personally a fan of survival games and zombie games, Metal Gear Survive did absolutely nothing right. Trying to cash in on a popular franchise, MGS didn’t realise that Metal Gear mechanics don’t really sit well with crafting or fast combat. Both of which end up being a big part of zombie games. While the coop can be fun with the right set of people, there’s just too much grind in Metal Gear Survive before you can start enjoying it; plus if you feel like adding another character without erasing your first one; it’s going to cost you $10 which is just ridiculous.