Battle of the FPS

Information about Destiny 2 and Call of Duty: WWII has already been leaked. 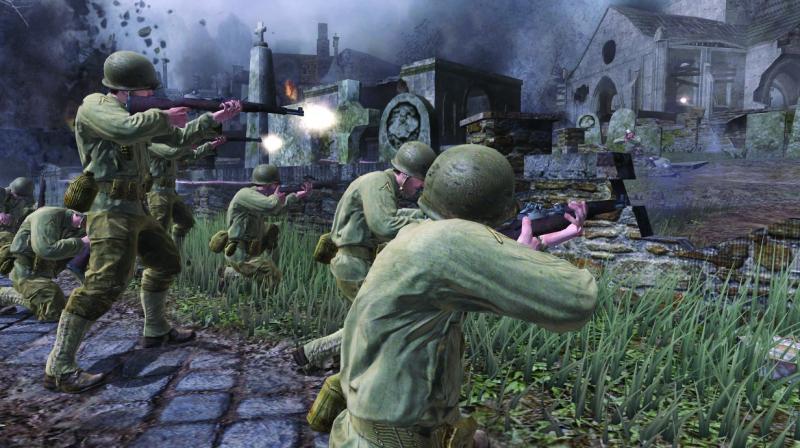 Destiny 2 and Call of Duty: WWII will be going head-to-head against Battlefront 2 this year.

It is an exciting time for fans of the FPS genre as two of the biggest shooters of the year got leaked within the same week. While it was already confirmed that a sequel to Destiny and a new Call of Duty by Sledgehammer Games were scheduled to release this year, some new details for both titles have appeared.

According to a leaked poster, Destiny 2 will be out on September 8, 2017. Just like the first game, PlayStation 4 owners will get access to an early beta as well as exclusive content that will be available on other platforms after a set duration. Nothing else is known about the game, but we can expect a full blowout at E3. In addition to its Xbox One and PS4 launch, it’s also rumoured to release on PC. The game has since been confirmed via the official Destiny Twitter account.

The setting of the new Call of Duty game was leaked in the form of an artbook, promotional material and a steelbook. This year, Call of Duty will be going back to World War II. After the success of Battlefield 1 and the fact that all shooters nowadays feature jet packs and wall running; it seems like Activision is banking on renewed interest in going back to a historical setting for the military FPS genre. The game will be simply titled Call of Duty: WWII. This should not come as a surprise as Activision had previously confirmed that the franchise will be going “back to its roots”, but it is reassuring nevertheless.

Activision is in a great position this year to maintain a healthy balance between a space/sci-fi shooter in the form of Destiny 2, as well as a grounded experience in Call of Duty: WWII. These two will be going head-to-head against Battlefront 2. It’s definitely going to be a great year with lot of choice if you’re an FPS fan!