The Advance series of Panasonic air conditioners do double duty as air purifiers, even when the cooling is switched off. 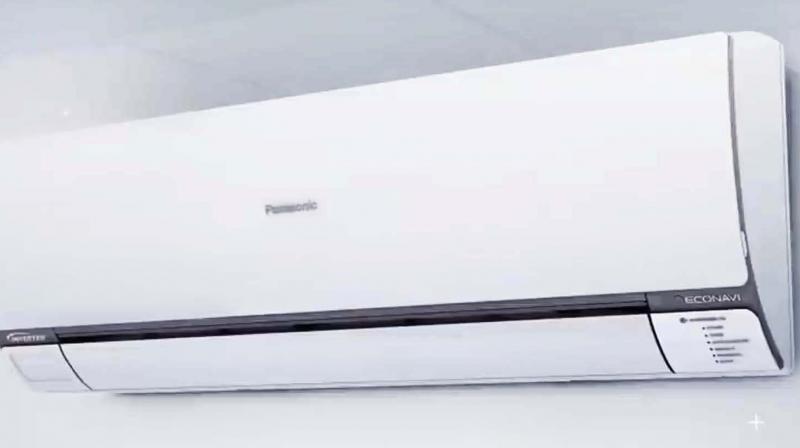 A small unit inside the filter section of the split AC's indoor, called nanoe-G, releases negative ions that hover around the unit.

It is a sad fact of urban life, that so many Indian cities share the notoriety of being listed among the world's 20 most air-polluted places. Increasingly, families -- especially those with very young or very old members, the most susceptible -- have to invest in an indoor air purifier.

And many of these same cities also experience severe summers -- which forces even middle-income homeowners to install an air conditioner, in at least one room. These two investments can be formidable -- which is why a trend, seen this summer, will be welcome news for city dwellers battling the twin challenges of dust and heat: air conditioners which also perform an air-purifying function.

We got to try out an early exemplar of this double-duty domestic device: Japan-headquartered Panasonic's Advance series of 2019 air conditioners. Available in 1, 1.2, 1.5 and 2 ton, the aircons come with Panasonic's proprietary Nanoe technology.

A small unit inside the filter section of the split AC's indoor, called nanoe-G, releases negative ions that hover around the unit. They attract oppositely charged dust and bacteria; suck them into the filter where they are deactivated.

The company claims that in addition to viruses and bacteria, the nanoe-G unit also neutralises 99% of all the dust and smoke rated as PM 2.5 ( for Particulate Matter), that is a matter that is 2.5 micrometres in size. Just to get an idea, a human hair (which also, the AC filters) is 50 micrometres in diameter. In another neat feature, you can use the unit as an air purifier even when you don't need the cooling... which is useful in winter.

In its cooling function, the Advance series air conditioners feature a small but useful tweak: once the desired cooling is achieved, the blades are directed towards the roof, so that people in the room experience an even, shower-like effect. Like most new-age aircons, this works on the inverter mode -- ie, the compressor can vary its speed to maintain the cooling instead of switching on and off from a single speed. As a result, power consumption is lower -- and the unit works very silently. The Panasonic Advance range is priced from approximately Rs 40,000 to Rs 55,000 -- but we saw significant discounts at online sites. Amazon also offers a useful guide explaining things like star ratings so that you can make the right selection. When you consider you are saving the added cost of both an air purifier and a stabiliser (this AC works from 145 to 285 volts), the deal tends to look even better.