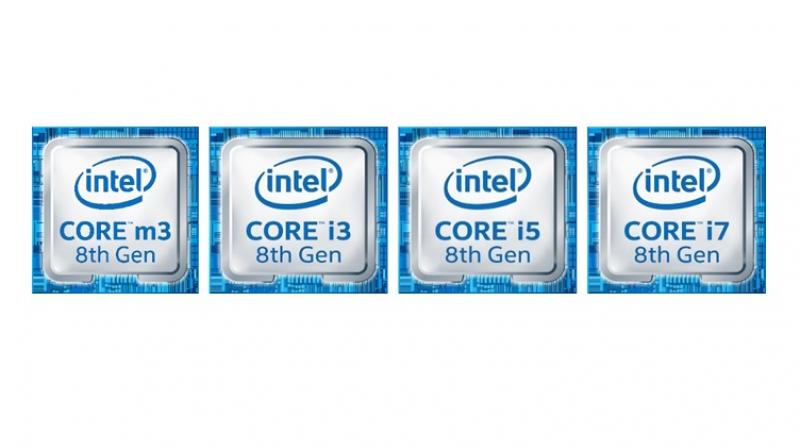 The 8th Gen Intel Core U-series processors bring integrated Gigabit Wi-Fi to thin and light mainstream laptops for the first time, delivering up to 12-times faster connectivity speeds. They also offer up to 2-times better performance, compared with a 5-year-old PC, and double-digit gains in office productivity for everyday web browsing and light content creation over the previous generation. This leap in connectivity and performance will help empower people to focus, create and connect at home, in the office and on-the-go. Consumers can now download their favourite shows and movies in under a minute, create, edit and share 4K/360 video content 6.5-times faster, and stream and play games, including “World of Warcraft: Battle for Azeroth” and “World of Tanks.”

The 8th Gen Intel Core Y-series processors also deliver fast connectivity options, including fast Wi-Fi and LTE capabilities with unprecedented performance, to the some of the thinnest and lightest laptops and 2-in-1s in the market with double-digit gains in performance compared with the previous generation, enabling fresh innovations in sleek and compact form factor designs with extended battery life.

Both the U-series and Y-series processors have new and improved platform capabilities for more intelligent interactions with PCs, such as support for multiple voice services on the U-series and refinements to improve natural input options like touch and stylus for the Y-series.

8th Gen Intel Core U-Series Processor (i7-8565U, i5-8265U, i3-8145U) – The latest 8th Gen Intel Core i7, i5 and i3 (U-series) processors deliver the ultimate performance in a 15-watt envelope with up to four cores and eight threads for mainstream laptops and 2-in-1s. Other key features and capabilities include:

8th Gen Intel Core Y-Series Processor (i7-8500, i5-8200Y, m3-8100Y) — The first 8th Gen Intel Core i7, i5 and m3 (Y-series) processors are balanced for mobility and deliver incredible performance that people expect from Intel processors in super thin and light devices with fast Wi-Fi and LTE connectivity. Other key features include:

How You Get It:

Laptops and 2-in-1s powered by the new 8th Gen Intel Core U-series and Y-series processors will be available from PC manufacturers beginning this fall.