Technology   In Other news  29 Nov 2019  All you need to know about PUBG MOBILE’s newest character Sara
Technology, In Other news

Sara is now live and can be accessed by joining events to win character vouchers. 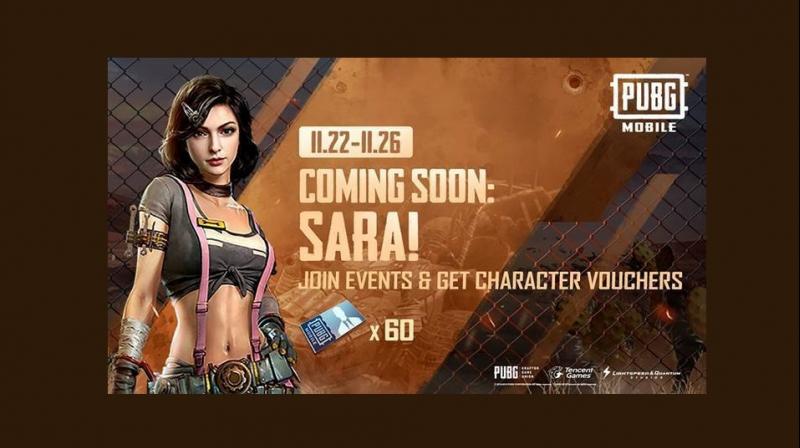 PUBG MOBILE recently unveiled the Royale Pass Season 10. While the new season had many significant updates, something that caught the attention of the players was the introduction of a brand-new character “Sara”. Like Victor (Introduced in August), the brand introduced a new character to keep users glued on to the game. Sara is now live and can be accessed by joining events to win character vouchers. 60 character vouchers can improve your driving skills and get you competitive advantage when it comes to road battles.  Below are some of the key abilities Sara possesses:

Voice Chat: When it comes to one of the most important features used by PUBG MOBILE players, Sara has a completely different voice. Imaging how pumped up your squad would feel if you said, “Wanna get a drink before you go?”. Sara has multiple such quirky voice commands users can unlock.

Outfits and Skins: A good thing about being a female character is, Sara comes with multiple new outfits and skins to suit her personality. Ranging from classic colorful vests to stellar jackets to uplift her wardrobe.

Key Ability: Sara is a myth-buster, being a female character, her key ability is to manage vehicles. Sara is a vehicle expert who loves automobiles and going for rides she excels at reinforcing vehicles, so they can take less damage when she drives or is riding a vehicle.

Dance Moves: Imagine knocking out someone in the game, then going in front of them and showing off dance moves and celebrations they’ve never seen before. Sara has got some brand-new signature to stun your friends and opponents.

Availability: PUBG MOBILE players can purchase the in-game character from the store for just 60 Character Vouchers. The character has the ability to pick up and learn new things as users progress to new levels.