The Reno 3 Pro will sport a curved edge display that features a slim bezel on the top. 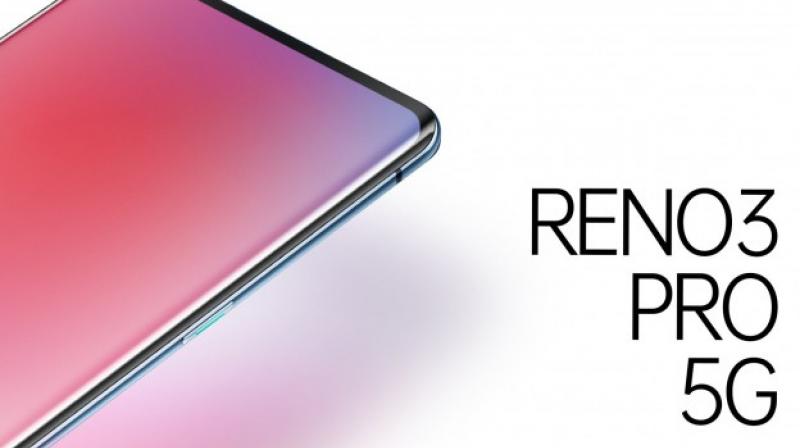 The news was confirmed by Oppo Vice President Brian Shen who shared an image of the upcoming Reno 3 Pro 5G on Twitter.

At the China launch of Oppo’s new ColorOS 7 update, the company announced that the Reno 3 smartphone would be officially unveiled in December. The upcoming flagship will also feature 5G connectivity.

The news was confirmed by Oppo Vice President Brian Shen who shared an image of the upcoming Reno 3 Pro 5G on Twitter. The image reveals a few details about the phone’s design.

The Reno 3 Pro will sport a curved edge display that features a slim bezel on the top. The render doesn’t show the bottom bezel, so it might be actually not as thin, like most phones.

There is no notch in the centre of the phone either but the top left part of the screen is cut off in the render. This indicates that the phone will either feature a notch-less solution like the shark fin for the front camera, or a punch hole in the top-left corner.

Other visible details include a power button on the side with a blue accent on it.  Shen also mentioned that the phone will have a thickness of just 7.7mm and a glass body. We should have more information about the Reno 3 Pro in the upcoming days, ahead of the launch.