Technology   In Other news  30 Jan 2018  Nokia introduces high-capacity 5G chipsets, to ship in volume in Q3
Technology, In Other news

The ReefShark chipsets will support speeds up to 84Gbps. 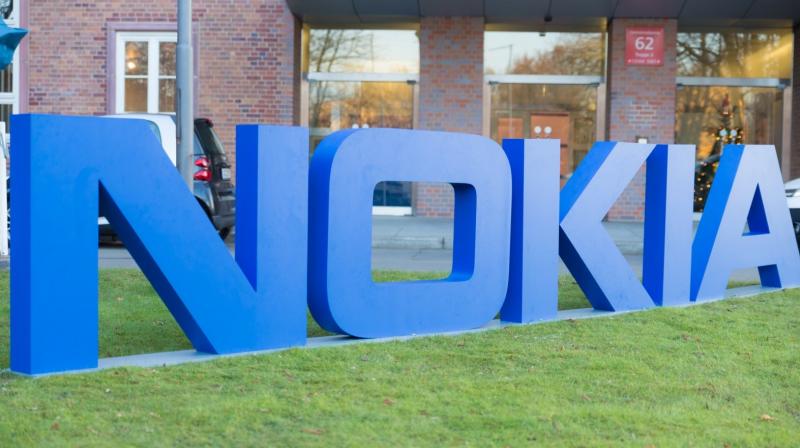 The new chips can cut in half the size of antennas in cell towers while cutting their power consumption by two-thirds. (Nokia logo)

Finland’s Nokia, the world’s No. 2 maker of mobile network gear behind China’s Huawei said on Monday the chipsets are set to ship in volume in the third quarter and can be inserted into its existing AirScale family of 4G and 5G-ready network gear.

Dubbed ReefShark, Nokia said the chipsets triple capacity to 84Gbps from 28Gbps in its existing chip modules. These modules can be stacked up to enable a single cell tower/base station to handle up to 6Tbps.

The previous record for data consumption at a single sporting event was set at last year’s Super Bowl football championship game in Houston, when US mobile operators and network equipment operators reported roughly 40Tb or trillions of bits, of data were consumed on game day in 2017.

Beside tripling data handling capacity, the company also said its new chips can cut in half the size of antennas in cell towers while cutting their power consumption by two-thirds.

Nokia said it is working with 30 mobile operators to deploy the new products into their wireless towers, meaning that the first networks could be upgraded later this year, with mass-market deployments to follow as 5G-ready devices hit the market.

The chipsets will allow the size of antennas, on average, to be cut in half to as small as 45cm (18-inches) tall from existing antennas that range in size from 1m (3.3 ft) to 2.6m tall, enabling them to fit in far more locations.

South Korea, Japan and the United States all have several network operators in each market preparing mainstream 5G network launches later in 2018 or in 2019, with China likely to join the early wave rather than lagging behind. Under a 2016 plan, the European Union wants to deploy 5G for all urban areas by 2025.

US President Donald Trump's national security team is also looking at building a super-fast 5G wireless network among options under consideration to counter the threat of China spying on US phone calls, a senior administration official said on Sunday.