Like PUBG, Fortnite is another easily accessible shooter game that youngsters are hooked on to, leaving the grown-ups a worried lot. 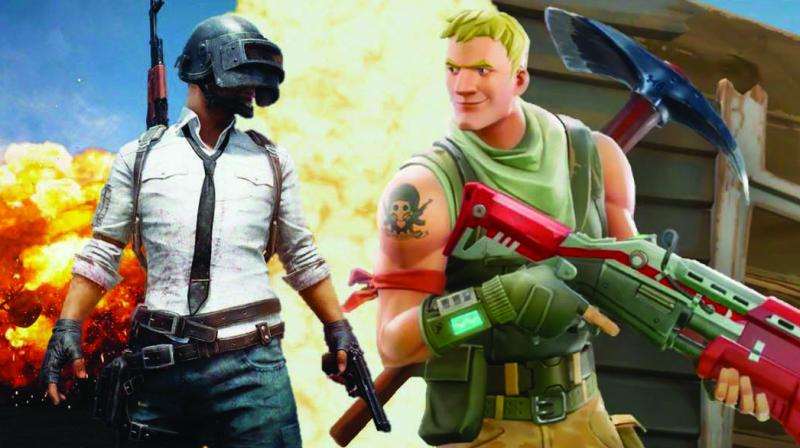 Games like Fortnite and PUBG are social shooter games, which means players from all over the world come together and play on one giant map.

New games like Fortnite and PUBG are gaining popularity at an alarming rate. Teens, tweens and even younger kids now have access to these third-person shooter games that are easily available, thanks to the ubiquity of mobile phones. But what is most disturbing is the addiction and bullying that comes into play in these games.

Games like Fortnite and PUBG are social shooter games, which means players from all over the world come together and play on one giant map. These are real people and not just some computer BOTs that can chat and create teams. Kids are impressionable and can become socially reclusive, especially at a young age. Available on a mobile phone, the games can be fired up and played anywhere and anytime as long as you have access to the Internet.

The social aspect of the game is of prime concern. Children could be communicating with players 2 or 3 times their age and what they learn from the digital chatter are words that would generally have you washing their mouth with soap. Then there are competitive players who take the game very seriously and boot (eject) young kids off their teams causing the little ones so much grief that there are cases where they have committed suicide. The game is also quite stressful, with everyone wanting to be the winner and brings out aggressive tendencies not normally seen. Also, the online stores in the game make them want to spend money like water on ‘in-game purchases’ (like coins, gems, and level skips), and not getting what they want from their parents could also lead them to crime.

No doubt, there are positive outcomes from gaming too, where people tend to want to interact with their online teammates in real life. Some players who want to purchase items online also start finding jobs that could fund their digital lifestyle. But not all take in the positives of social interaction online and get glued to the game, never setting foot out of their rooms.