The arrested are as young as 16 to 21 years of age and includes one female. 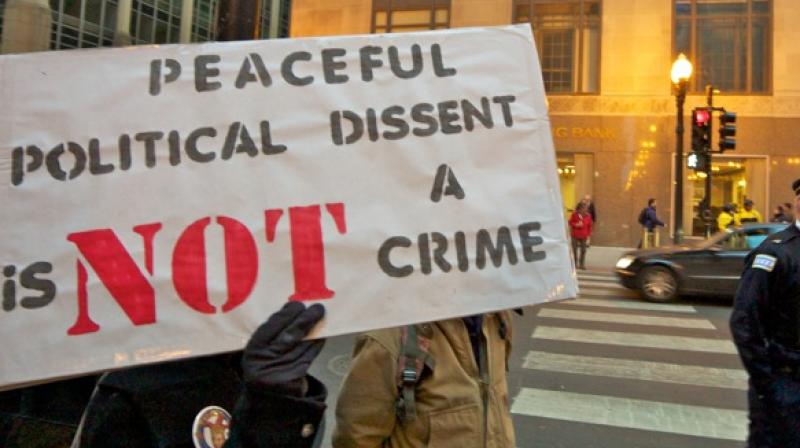 China promised Hong Kong would have its own governing and legal systems under a “one country, two systems” principle until 2047, or 50 years after Britain handed back its former colony in 1997. But in justifying the new national security law, China says issues such as separatism are a national security concern and, as such, fall under its purview. (Representative Image | Flickr - Debra Sweet)

Three males and one female, aged 16 to 21, were detained, a police official said at an 11 p.m. news conference. All are believed to be students.

“Our investigation showed that a group has recently announced on social media that they have set up an organization for Hong Kong independence,” said Li Kwai-wah, senior superintendent of a newly formed unit to enforce the security law.

The 1-month-old law has chilled pro-democracy protesting as activists along with academics and others wonder if their activities could be targeted.

The central government in Beijing imposed the national security law on the semi-autonomous Chinese territory after city leaders were unable to get one passed locally. The move has raised fears that Hong Kong’s freedoms and local autonomy are being taken away.

Police did not identify the suspects or their group. An organization called Studentlocalism—which announced it was disbanding just before the law took effect—said on Facebook that four former members had been arrested on secession charges, including ex-leader Tony Chung.

The police action appeared to target the Initiative Independence Party, which says on its Facebook page that it consists of former Studentlocalism members who have completed their studies and are overseas.

The party, which also posted the news of Wednesday’s arrests, advocates for independence because it believes full democracy for Hong Kong is impossible under Chinese rule, its Facebook page says.

Li said only that the group in question had set up recently and that the posts were made after the law took effect late on June 30.

He warned anyone who thinks they can carry out such crimes online to think twice.

Police have made a handful of other arrests under the new law, all of people taking part in protests and chanting slogans or waving flags deemed to violate the law.

China promised Hong Kong would have its own governing and legal systems under a “one country, two systems” principle until 2047, or 50 years after Britain handed back its former colony in 1997.

China, in justifying the new law, says issues such as separatism are a national security concern and, as such, fall under its purview.

The latest arrests came one day after a leading figure in Hong Kong’s political opposition was fired from his university post.

Tai has been out on bail since being sentenced to 16 months in prison in April 2019 as one of nine leaders put on trial for their part in 2014 protests for greater democracy known as the Umbrella Movement.

In a posting Wednesday on his Facebook account, Tai said he intended to continue writing and lecturing on legal issues and asked for public support.

“If we continue in our persistence, we will definitely see the revival of the rule of law in Hong Kong one day,” Tai wrote.

While the 2014 movement failed in its bid to expand democracy, protests returned last year over a legislative proposal that would have allowed criminal suspects to be extradited to face trial in mainland China.

Although the legislation was eventually shelved, protester demands expanded to include calls for democratic change and an investigation into alleged police abuses. They grew increasingly violent in the second half of the year.

In a statement issued after the vote to remove Tai, the Chinese government’s liaison office in Hong Kong said it was “a punishment for evil doing.”