Technology   In Other news  30 Oct 2018  IBM’s USD 34B Red Hat deal is risky bid to boost cloud business
Technology, In Other news

The USD 34 billion stock deal translates to USD 190 per Red Hat share — a 63 percent premium to the closing price. 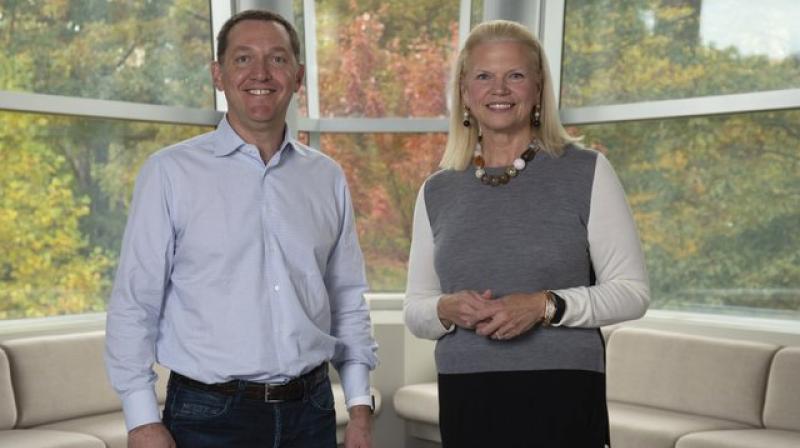 Cloud computing, in which services are delivered over the internet from remote computers, accounted for nearly a quarter of IBM’s total revenue over the past year. (Photo: AP)

IBM’s plan to buy Red Hat is both the biggest acquisition in IBM’s century-long history and a risky effort to position itself as a major player in cloud computing.

The path for revitalization for IBM may be found in cloud technology, a driving force behind the blockbuster deal for Red Hat over the weekend.

“It’s a big bet but ultimately they’re in a situation where they needed to make a significant acquisition to move them potentially forward,” Wedbush analyst Daniel Ives said.

Cloud computing, in which services are delivered over the internet from remote computers, accounted for nearly a quarter of IBM’s total revenue over the past year. But the company has been overshadowed by top cloud rivals Amazon, Microsoft and Google in competing to sell its internet-based computing services to businesses.

“This is about resetting the cloud landscape,” IBM Chairman and CEO Virginia Rometty said Monday in a conference call.

The hybrid cloud — when companies use a mix of on-site, private and third-party public services — is an emerging USD 1 trillion opportunity that the companies want to be prepared for, Rometty said.

Ives said there’s still plenty of room for growth as financial services, retailers and industrial firms increasingly migrate their workloads into the cloud.

Red Hat, founded in 1993, has built a software platform using the open-source Linux operating system that’s become “one of the key paths for enterprises in their moves to the cloud,” Ives said.

The deal requires the approval of Red Hat shareholders as well as US regulators. It is targeted to close in the second half of 2019, but Stifel’s Brad Reback said others may wish to make a counterbid given Red Hat’s strengths in data centers.

That prospect sent shares up USD 52.88 to USD 169.56, close to an all-time high. The stock of IBM, which is headquartered in Armonk, New York, slipped nearly 5 percent.