The #AntiDengue campaign is one of the many Helo Care projects that Helo has undertaken for the safety and welfare of its users. 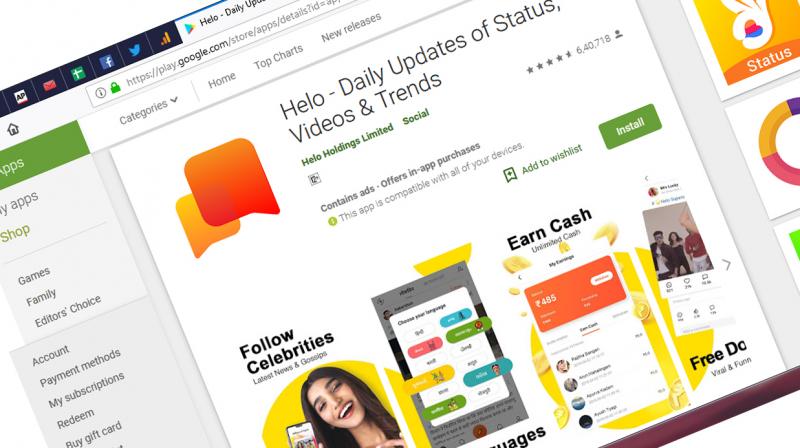 The campaign went viral within a week of its launch, garnering 90 million views and over 6000 posts.

India’s leading social media platform Helo, successfully concluded its #AntiDengue campaign securing over 150 million views, within a span of 12 days of its launch. As part of its Helo Care initiatives, the in-app campaign was launched on 14th October to spread mass awareness and advisories around dengue fever using key hashtags such as #डेगू से मुक्ति (Hindi), #ਡੇਂਗੂ ਮੁਕਤ ਭਾਰਤ (Punjabi) etc in all 14 Indian languages available on Helo. The campaign went viral within a week of its launch, garnering 90 million views and over 6000 posts.

With the primary objective of sharing useful insights and information with its community of over 50 million monthly active users, Helo hosted various user engagement in-app activities such as multiple choice quizzes, notifications, splash screens etc around preventive measures to fight dengue. These activities helped break multiple misconceptions about dengue and promote awareness amongst the users. As part of the campaign, users also created interesting and engaging self-made videos on concerns, solutions to issues, and remedies to cure dengue fever. Many news channels including BBC News, NDTV Tamil etc and renowned celebrities including Riythvika Basheer Bashi etc also contributed to the campaign with relevant content from their respective Helo accounts.

With over 50 million monthly active users, Helo is designed for Indian mobile users, who prefer to communicate in their native language. It enables users to create unique and quality content with easy-to-use tools, engage with a community of like-minded users, and share the latest trends.