Technology   In Other news  31 May 2019  WikiLeaks' Assange too ill to appear via video link in US extradition hearing
Technology, In Other news

The United States is seeking the extradition of Assange, 47, who was dragged from the Ecuadorean embassy in London on April 11. 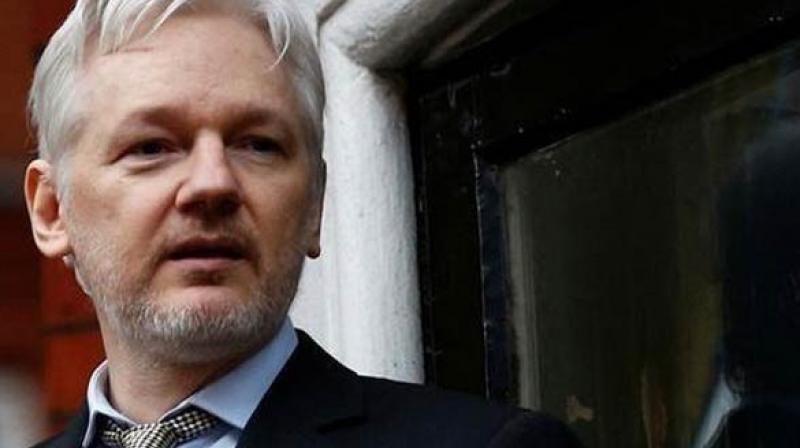 Assange faces a total of 18 US criminal counts and decades in prison if convicted. (Photo: ANI)

WikiLeaks founder Julian Assange was too ill on Thursday to appear via video link from a British prison in a hearing on an extradition request from the United States, his lawyer said.

The United States is seeking the extradition of Assange, 47, who was dragged from the Ecuadorean embassy in London on April 11. He faces a total of 18 US criminal counts and decades in prison if convicted.

“He’s in fact far from well,” Assange’s lawyer, Gareth Peirce told Westminster Magistrates’ Court. She earlier told Reuters he was too ill to attend the hearing by videolink.

Judge Emma Arbuthnot, who was presiding over the case, added: “He’s not very well.”

WikiLeaks said it had grave concerns about Assange’s health and that he had been moved to a health ward at London’s Belmarsh high-security prison.

“During the seven weeks in Belmarsh his health has continued to deteriorate and he has dramatically lost weight,” it added in a statement. “The decision of prison authorities to move him to the health ward speaks for itself.”

Britain’s Ministry of Justice said it could not comment on individual prisoners. However, a government source said that although Assange was on the prison’s health wing, he was eating normally and was receiving the same diet as other inmates.

The next hearing on the extradition request was set for June 12.

Assange, who spent almost seven years holed up in cramped rooms at the Ecuadorean embassy in London, has repeatedly said he fears extradition to the United States.

His admirers hail him as a hero for exposing what they describe as abuse of power by modern states and for championing free speech.

His detractors paint him as a dangerous figure complicit in Russian efforts to undermine the West and US security, and dispute that he is a journalist.

Earlier this month, he was sentenced to 50 weeks in prison by a British court for skipping bail after fleeing to the Ecuadorean embassy.

The United States has charged Assange with espionage, saying he unlawfully published the names of classified sources and conspired with and assisted ex-Army intelligence analyst Chelsea Manning in obtaining access to classified information.

The US Justice Department has said that by publishing their identities he jeopardized the lives of sources that included Afghans, Iraqis, journalists, religious leaders, human rights advocates and political dissidents from repressive regimes.

WikiLeaks angered Washington by publishing hundreds of thousands of secret US diplomatic cables that laid bare critical US appraisals of world leaders, from Russian President Vladimir Putin to members of the Saudi royal family.

Assange made international headlines in 2010 when WikiLeaks published a classified US military video showing a 2007 attack by Apache helicopters in Baghdad that killed a dozen people, including two Reuters news staff.