Why you should not use your cellphone on Aug 21

Keep your phone in your pocket, put on your paper shades. 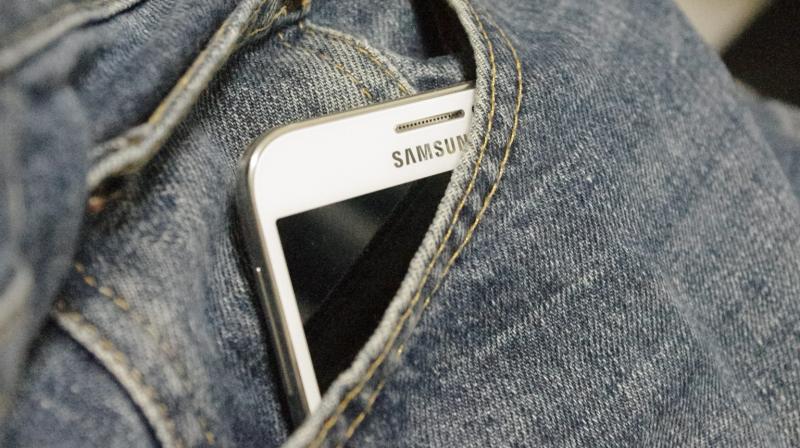 The Aug. 21 solar eclipse, when passage of the moon completely blocks out the sun, will be seen first in Oregon and cut diagonally across 14 states to South Carolina.

St. Louis: If you plan to livestream next month's solar eclipse from one of the prime viewing spots, here's a thought: Keep your phone in your pocket, put on your paper shades and just enjoy the celestial wonder.

The Aug. 21 solar eclipse, when passage of the moon completely blocks out the sun, will be seen first in Oregon and cut diagonally across 14 states to South Carolina. It will be the first total solar eclipse visible coast-to-coast since 1918.

The best places to see it fall within a 60- to 70-mile-wide swath known as the "path of totality," where there will be periods of total darkness ranging up to two minutes and 40 seconds. The path carves through largely rural areas, where cellphone service can be spotty at best, though, so it may not be possible to quickly post to Facebook, Instagram and the like even though carriers plan to temporarily boost capacity in some places.

"We're expecting a good experience but there will be times at peak where the network will struggle," said Paula Doublin, assistant vice president for construction and engineering for AT&T, the nation's second-largest provider.

Some communities are hosting eclipse-watch gatherings that are expected to draw tens of thousands of people.

The 6,700 residents of Madras, Oregon, will be far outnumbered by visitors, and Verizon, AT&T and Sprint all plan to bring portable towers for its event.

"It is very much akin to a national championship week that occurs with the NCAA or pro sports, except it's happening in a 3,000-mile-long band," Doublin said.

Sprint and Verizon Wireless, which is the nation's largest cellphone company, say recent network enhancements have reduced the need for deployment of temporary cell towers at large-scale events.

Still, Sprint plans to have portable towers in Madras and Mitchell and in Rexburg, Idaho. Other locations are still being evaluated, spokeswoman Adrienne Norton said.

Verizon spokeswoman Karen Schulz said that with such large crowds expected in parts of Oregon and Kentucky, Verizon will deploy portable towers in Madras and Bend, Oregon, and in Hopkinsville, Kentucky. She said the company could bring in portable towers elsewhere, if needed.

T-Mobile will also be boosting coverage in places by expanding its network capabilities and deploying temporary towers.

US Cellular is still evaluating how best to ensure optimal connectivity and "will be implementing additional capacity and fine tuning the towers as needed," Robert Jakubek, vice president of engineering and network operations, said in an email.

"At large events such as this, we usually see a spike in text and data usage more than voice, so we are also looking at how we can prioritize services that are most important to our customers," Jakubek said.