Technology   In Other news  31 Jul 2020  Australia's draft law makes it mandatory for Google and Facebook to pay for news content
Technology, In Other news

The aggregators will be given three months to work out a deal on fair pay for news, failing which arbitrators will make a binding decision. 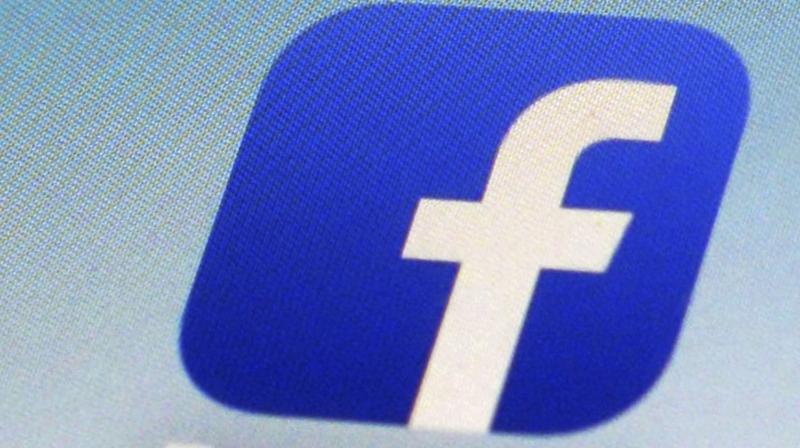 Canada, France, Germany and Spain too have been trying to get Google and Facebook to pay for news with no success, but Australia’s law could move things along. (Photo | AP)

Sydney/Canberra: Australia unveiled a draft law Friday to force Google and Facebook to pay news media for their content in a “world-leading” initiative sure to prompt a confrontation with the digital giants.

Treasurer Josh Frydenberg announced the “mandatory code of conduct” to govern relations between the struggling news industry and the tech firms after 18 months of negotiations failed to bring the two sides together.

In releasing a draft of a mandatory code of conduct, the government aims to succeed where other countries have failed in making the global digital giants pay for news siphoned from commercial media companies.

Google said Australia’s draft code was a heavy-handed step that could impede the digital economy.

The government plans to give Google and Facebook three months to negotiate with Australian media businesses fair pay for news content.

If the US-based platforms cannot agree with the Australian media businesses on pricing after three months, arbitrators would be appointed to make a binding decision, the draft said.

The draft will be open to consultation until August 28, with the legislation to be introduced to Parliament soon after, Frydenberg said.

As well as payment, the code covers issues including access to user data and transparency of algorithms used to rank and present media content in the platforms’ news feeds and search results.

Breaches of the code could attract penalties of up to 10% of the platform’s annual turnover or a 10 million Australian dollar ($7.2 million) fine.

Treasurer Josh Frydenberg said Google and Facebook would be the first digital platforms targeted by the proposed legislation but others could follow. “It’s about a fair go for Australian news media businesses, it’s about ensuring that we have increased competition, increased consumer protection and a sustainable media landscape,” Frydenberg said.

“Nothing less than the future of the Australian media landscape is at stake with these changes,” he added.

Australia’s move has been closely watched around the globe as news media worldwide have suffered in an increasingly digital economy where advertising revenue is overwhelmingly captured by Facebook, Google and other big tech firms.

The news industry crisis has been exacerbated by the economic collapse caused by the coronavirus pandemic, with dozens of Australian newspapers closed and hundreds of journalists sacked in recent months.

Canada, France, Germany and Spain too have been trying to get Google and Facebook to pay for news with no success, but Australia’s law could move things along.

On May 2, Bloomberg had reported that Canadian newspaper executives had signed a letter in this regard.

“Both France and Australia have set deadlines to have mandatory solutions in place by July. That means paying for copyrighted content and sharing the advertising dollars and data that flow from it,” the letter signed by newspaper executives including Andrew MacLeod of Postmedia and The Globe and Mail’s Phillip Crawley. “The situation is urgent, with media companies suffering huge advertising declines because of the coronavirus pandemic.”

In April, France’s competition watchdog also ordered Google to negotiate with publishers for using news content. A few European Union members including Spain and Germany too had earlier passed similar laws. However, those efforts did not come through as Google took the high-handed approach of completely removing the Google News service from Spain.

In France, Google News stopped showing snippets, and started displaying only headlines and URLs to go around the law that said publishers should be paid for the snippets, Euractiv reported last year. However, that’s when the competition authority intervened and said Google’s withdrawal of snippets constitutes abuse of a dominant market position. Google has 90 per cent of the European search market, Tech Crunch reported.

The French competition authority too gave Google three months to negotiate “in good faith” with press agencies and publishers to pay for reusing bits of their content, the Tech Crunch report said.

“The government’s heavy-handed intervention threatens to impede Australia’s digital economy and impacts the services we can deliver to Australians,” Silva added.

Facebook Australia and New Zealand managing director Will Easton said in a statement his company was reviewing the code to “understand the impact it will have on the industry, our services and our investment in the news ecosystem in Australia.”

Frydenberg warned that the code would prohibit any “discrimination” against Australian media by the tech companies.

“Today’s draft legislation will draw the attention of many regulatory agencies and many governments around the world,” Frydenberg said during a news conference, calling the proposed law “world-leading”.

Frydenberg said the motive was not to protect Australian businesses from competition or disruption but to ensure they are paid fairly for original content.

The conservative government is pushing ahead with the changes after the pandemic created an advertising revenue crisis for many Australian media companies.