A number of people posted screenshots on Twitter showing “New York City” had been relabeled “Jewtropolis.” 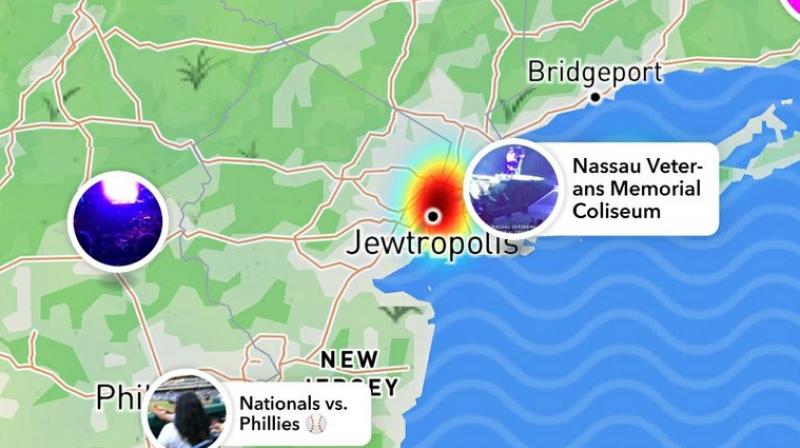 All were quarantined for human review by the company’s artificial-intelligence powered algorithms. (Photo: AP)

Technology users got a surprise August 30 morning when their social and lifestyle apps seemingly labeled the United States’ most populous city with an anti-Semitic header.

A number of people posted screenshots on Twitter showing “New York City” had been relabeled “Jewtropolis” on the Mapbox map used by companies and services such as Snapchat parent Snap, Citi Bike and Foursquare.

Mapbox, a provider of digital map technology, said it suffered a “malicious edit” by a person who tried to make more than 80 changes to its maps’ data in a “disgusting anti-Semitic tirade” across New York and other parts of the world. All were quarantined for human review by the company’s artificial-intelligence powered algorithms, and only one edit made it into the actual map for less than an hour before being deleted.

“It shows that no matter how smart you build your AI, at the human review stage you can still have a point of failure,” said Mapbox CEO Eric Gundersen.

Nathan Roy, 25, was among users alarmed by the name change. Though he lives in Boston, he was alerted to the issue by a friend from New York. He said his first reaction was shock.

“I know that a lot of people out there harbor these feelings,” Roy said. “It’s just always disappointing to see it crop up again and again.”

Evan Bernstein, a regional director for the Anti-Defamation League, seemed less surprised. He said people with anti-Semitic beliefs have been empowered since the 2016 election and are hiding behind the internet.

“Haters are increasingly looking for ways to take advantage of new technologies and promote anti-Semitism,” Bernstein said. “We see hate going online. This is just another perfect example of that.”

The League tracked a 90 per cent increase between 2016 and 2017 in anti-Semitic incidents in New York state. Such incidents included physical assaults, attacks, harassment and vandalism.

Mapbox said it “has a zero tolerance policy against hate speech” and its employees would “continue to investigate this act and make appropriate changes to further limit the potential for future human error.”

A spokesperson for Snap said it relies on third-party mapping data and worked with Mapbox to fix the hack. Snap said the defacement was “deeply offensive.”