CEO Mark Zuckerberg called 2019 “another year of significant investment” during the earnings call. 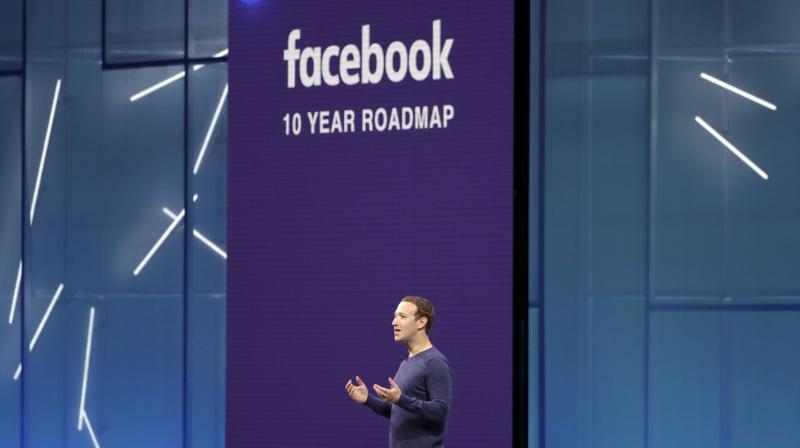 When it comes to dealing with hate speech and attempted election manipulation, Facebook just can’t win. If it takes a hands-off attitude, it takes the blame for undermining democracy and letting civil society unravel. If it makes the investment necessary to take the problems seriously, it spooks its growth-hungry investors.

That dynamic was on display in Facebook’s earnings report, when the social network reported a slight revenue miss but stronger than expected profit for the July-September period. Shares were volatile in after-hours trading — dropping the most, briefly, when executives discussed a decline in expected revenue growth and increasing expenses during the conference call.

With the myriad problems Facebook is facing, that passes for good news these days. It was definitely an improvement over three months ago, when Facebook shares suffered their worst one-day drop in history, wiping out $119 billion of its market value after executives predicted rising expenses to deal with security issues along with slowing growth.

“Overall, given all the challenges Facebook has faced this year, this is a decent earnings report,” said eMarketer analyst Debra Aho Williamson. Facebook had 2.27 billion monthly users at the end of the quarter, below the 2.29 billion analysts were expecting. Facebook says it changed the way it calculates users, which reduced the total slightly. The company’s user base was still up 10 per cent from 2.07 billion monthly users a year ago.

CEO Mark Zuckerberg called 2019 “another year of significant investment” during the earnings call. After that, he said, “I know that we need to make sure our costs and revenue are better matched over time.” The company had already warned last quarter that its revenue growth will slow down significantly for at least the rest of this year and that expenses will continue to balloon as it spends on security, hiring more content moderators around the world and on developing its products, be they messaging apps, video or virtual reality headsets.

The following day the stock plunged 19 per cent. Shares not only haven’t recovered, but they’ve also since fallen further amid a broader decline in tech stocks. Facebook’s investors, users, employees and executives have been grappling not just with questions over how much money the company makes and how many people use it, but its effects on users’ mental health and worries over what it’s doing to political discourse and elections around the world. Is Facebook killing us? Is it killing democracy?

The problems have been relentless for the past two years. Facebook can hardly crawl its way out of one before another comes up. It began with “fake news” and its effects on the 2016 presidential election (a notion Zuckerberg initially dismissed) and continued with claims of bias among conservatives that still haven’t relented.

Then there’s hate speech, hacks and a massive privacy scandal in which Facebook exposed the data of up to 87 million users to a data mining firm, along with resulting moves toward government regulation of social media. Amid all this, there have been sophisticated attempts from Russia and Iran to interfere with elections and stir up political discord in the US.

All this would be more than enough to deal with. But the business challenges are also piling up. There are stricter privacy regulations in Europe that can impede how much data it collects on users. Facebook and other tech companies face a new ”digital tax ” in the UK.

Arjuna Capital and the New York State Common Retirement Fund filed a shareholder proposal asking Facebook to publish a report on its policies for governing what is posted on its platform and explain what it is doing to “address content that threatens democracy, human rights, and freedom of expression.”

“Young users are deleting the app and all users are taking breaks from Facebook,” said Natasha Lamb, managing partner at Arjuna Capital. “When you start to see users turn away from the platform, that’s when investors get concerned.”

A recent Pew Research Center survey found that more than a quarter of US Facebook users has deleted the app from their phones and 42 per cent has taken a break for at least a few weeks. Younger users were much more likely to delete the app than their older counterparts. Nonetheless, Facebook is still enjoying healthy user growth outside the US Facebook’s stock climbed $4.07, or 2.8 per cent, to $150.29 in after-hours trading. The stock had closed at $146.22, down 17 per cent year-to-date.