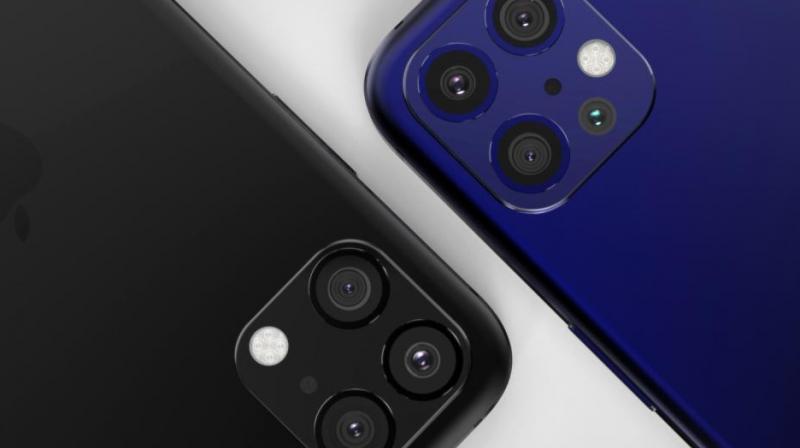 There is a better part of the year before Apple announces its revolutionary iPhone that’s presumably dubbed as the iPhone 12. However, even though there’s a bit of time before this generation of devices will launch; it doesn’t mean that we are left in the dark with respect to what to expect. We not only know some of the handsets key features; but based on the recent leaks, we have a fair idea of what the design of the iPhone 12 will look like come September.

With all this information put together, it is possible to accurately illustrate the upcoming iPhones and the people over at LetsGoDigital and Concept Creator has done just this.

On display, here are the iPhone 12 Pro and iPhone 12 Pro Max and both these handsets are expected to come equipped with 5G. In markets that are without this 5G infrastructure will have to make do with 4G models until it becomes commonplace in said areas.

The iPhone 12 Pro and Pro Max are believed to feature a three-lens system alongside a fourth Time of Flight camera on the Pro Max that will help with providing extra depth information which will be beneficial in both AR apps as well as Apple’s post-processing filters for bokeh or portrait lighting.

Like last year, Apple will be positioning the primary camera hub on an off-centre position like the iPhone 11 Pro and 11 Pro Max. The move to a front that’s all-screen is in the works with a mix of smaller bezels and larger displays.

The iPhone 12 Pro and iPhone 12 Pro Max are expected to be announced in the first half of September with sales beginning in the latter part of the month.

Ahead of the iPhone 12 Pro, 12 Pro Max and iPhone 12, Apple is tipped to launch a smaller iPhone in March that’s commonly referred to as the iPhone 9. This model will be a successor to the iPhone SE and could bear a design that’s similar to the iPhone 8. The iPhone 9 aka iPhone SE2 will be one of the most important handsets for Apple this year as it is expected to drive sales through the roof.