HTC Desire 10 Pro user, Nidhi Kapoor took to Facebook to share her experience and even posted an image alongside the same. 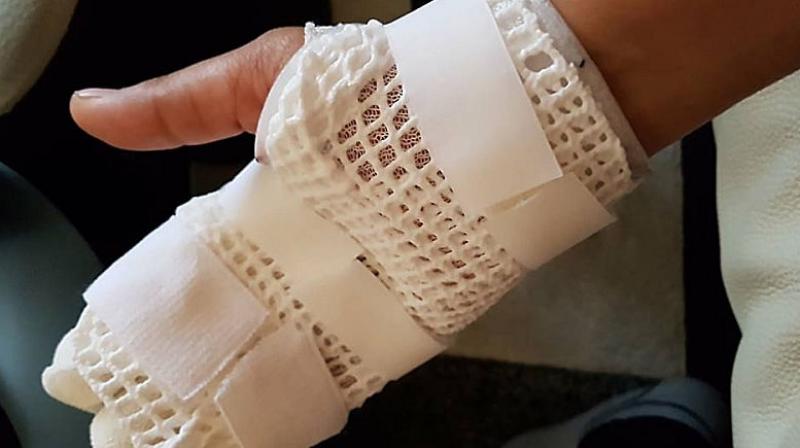 HTC is aware of the customer's report and we are working to investigate as quickly as possible. (Image: Nidhi Kapoor/Facebook)

Exploding smartphones are among the top dreadful thoughts of users these days. Following the Samsung Galaxy Note 7 fiasco, most smartphone brands have been very careful regarding batteries or anything else that might put them in a situation similar to Samsung’s back in 2016. It seems like HTC wasn’t too careful after all. Facebook user, Nidhi Kapoor on June 28th published a post on Facebook that recalled a horrific incident involving her HTC Desire 10 Pro.

The user announced that her HTC Desire 10 Pro exploded on June 21st, burning her fingers and causing an infection in her eye. “21st June 2017, my HTC 10 exploded which burned my fingers and gave an infection in the eye. I purchased (HTC Desire 10 Pro) on 17th January 2017. It has been a week and since then HTC has given me no response,” her Facebook post read. “All they ask is my email ID and IMEI number which I have given (them) so many times. It was not even charging when the phone exploded and not even on call. I am not able to work and even do day-to-day activities properly,” she further expressed her disappointment.

Gadgets 360 contacted HTC for comment, and were provided the following statement, “HTC is aware of the customer’s report and we are working to investigate as quickly as possible. As always, our customer’s safety is a top priority.”

To recall, the HTC Desire Pro was unveiled in September, 2016 and was later brought to India the following month.

Keep a lot out on this page for further development in this case.