Apple tipped to launch foldable iPad and we can't wait

After the dual-screen Surface device, it is now Apple’s turn to enter this space. 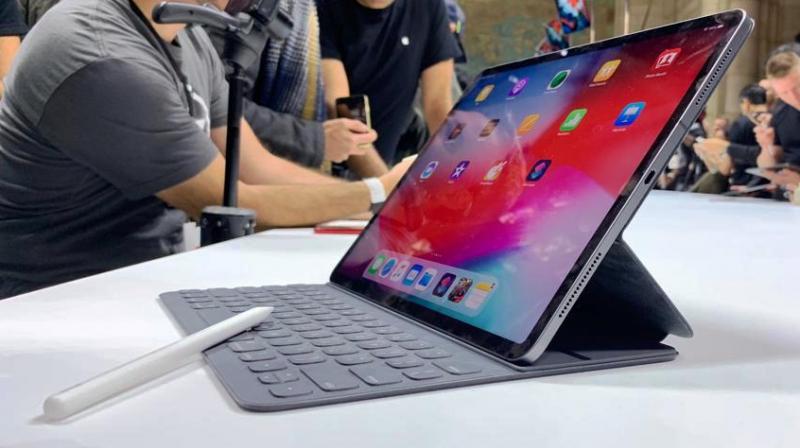 IHS Market claims that Apple could follow in the footsteps of Microsoft with a foldable tablet after the latter will launch its new Surface device. As per a report by Forbes, IHS Market states that Microsoft has plans in place to launch a dual-screen Surface next year; however, the time frame is still yet unknown. IHS Market also tips Apple to launch its own foldable iPad running iOS shortly thereafter.

Jeff Lin, Associate Director, Consumer Electronics at IHS Markit stated, “We think Apple will follow [a] similar Microsoft concept to develop the foldable device with iPad OS and Apple A series processors.” He went on to add that it would feature a display that’s the same size as a MacBook.

These predictions are based on IHS Market’s analysis of the current technology scenario.

Lin states that foldable devices are for on-the-go and it will feature iOS and possibly come with 5G capabilities.

The report by Forbes states, “But Lin added that he didn't foresee Apple having a foldable device anytime "soon" because "Apple needs to solve 5G iPhone development issue for [the] 2020 new iPhone launch first."

Tech giants are believed to look at foldable designs in the next few years as they aim to expand mobile devices to something more than single screen products.

Samsung already has the Galaxy Fold in its repertoire while Huawei is expected to debut the Mate X in the next few months. This leaves other brands playing catch-up. If Apple does indeed launch a foldable iPad; it will effectively disrupt the smartphone market as we currently know it.