The Qin 1 and Qin 1S have been touted to boasts some AI features, 4G VoLTE and around 15-days of battery back up on standby. 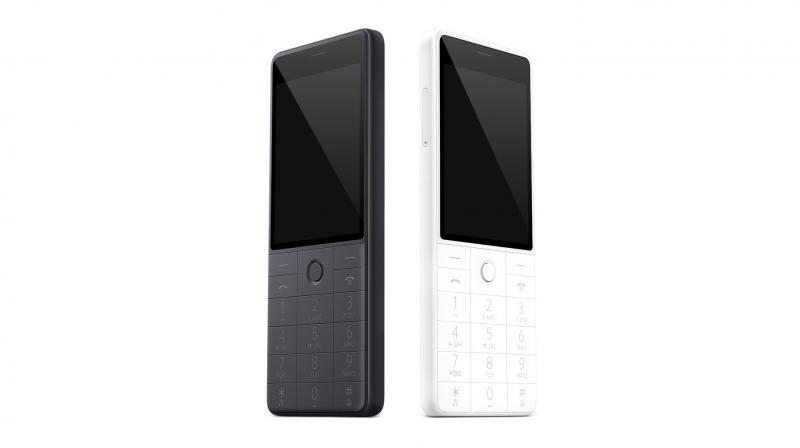 The devices were expected to bring around 1000 registrations but it has already managed to grab bookings of over 7000 users.

Xiaomi undoubtedly excels in producing some staggeringly cheap gadgets but with the Qin 1 and Qin 1S AI Phones, the company seems to have gone out of its way to offer something pleasant to its budget buyers. Both the devices, developed under Xiaomi's crowdfunding platform, have been touted to boasts some AI features, 4G VoLTE and around 15-days of battery back up on standby. Enthralling, isn't it?

What's more interesting is that the crowdfunded third-party devices were expected to bring around 1000 registrations but it has already managed to grab bookings of over 7000 users and the numbers are relentlessly increasing.

Coming to the Qin AI phones pair, the Qin 1 supports only 2G network while the Qin 1S could be operated through 4G VoLTE network which makes for an appealing aspect. The devices feature the 2.8-inch screen with 240 x 320 pixels and the interface happens via the T9 physical button set. As for other connectivity options, both the variants support GPS, Wi-Fi and Bluetooth 4.2 along with the dual SIM slot.

The Qin 1 AI Phone runs the Nucleus OS paired with the MediaTek MT6260A chip and packs in 8MB RAM and 16MB storage. On the other hand, the slightly more advanced Qin 1S runs the MOCOR5 OS and nestles Spreadtrum SC9820E chip under the hood. As for the storage options, it gets 256MB RAM and 512MB internal storage capacity.

The official crowdfunding website for the phone shows the price of 199 CNY (approx Rs 1,999) which is perhaps why people found it appealing. The device will start getting shipped to the buyers starting from September 15.