JioPhone deliveries will begin during Navratri

Analysts suggest Jio will be able to sell around 40 million feature phones by the end of December this year. 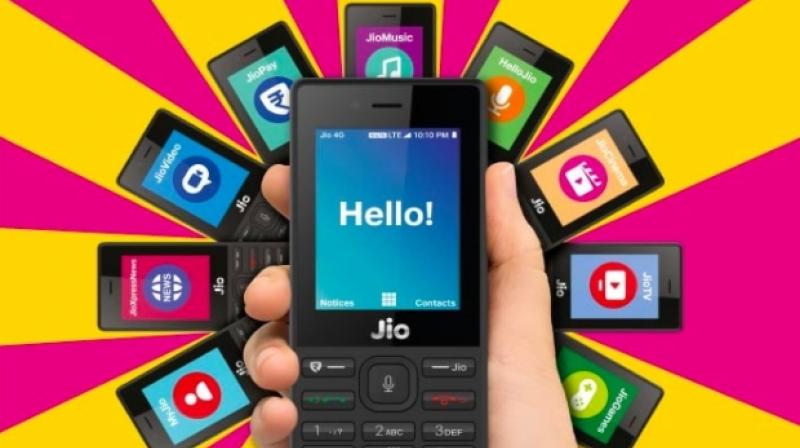 The pre-booking window for the JioPhone was opened on August 24 evening and closed early on August 26.  According to reports, about six million of pre-bookings were received during the short window period. The ‘overwhelming response’ received caused Reliance Jio to stop taking further pre-orders for the model. However, the firm continued with the registration process for the JioPhone.  A report by India Today, citing sources, claimed pre-bookings for the JioPhone will begin in the coming three-four days, but it was unclear when the company will start dispatching the already pre-booked models.

Now, the phone is expected to arrive in the markets during the auspicious festival of Navratri, starting September 21. “Reliance Jio JioPhone is set for Navratri delivery,” says ET report.

Jio is planning to deliver a lakh of handsets every day to meet rising demands. About 10 millions of registrations have been recorded with retail outlets, acording to reports. Analysts suggest Jio will be able to sell around 40 million feature phones by the end of December this year.

The model are being imported from Taiwan, reports the Financial Express, and are first expected to arrive in metropolitan cities – Delhi, Mumbai, Kolkata, Hyderabad and Ahmedabad, from where they will be dispatched to Jio Centres and Digital Stores and then to dealers.

Do note, customers will get the phone on first-come-first serve basis. Meanwhile, those who successfully placed the order can track status of the phone by dialing ‘18008908900’.