The Redmi 7 offers a beautiful designed handset with a powerful battery in a budget price. 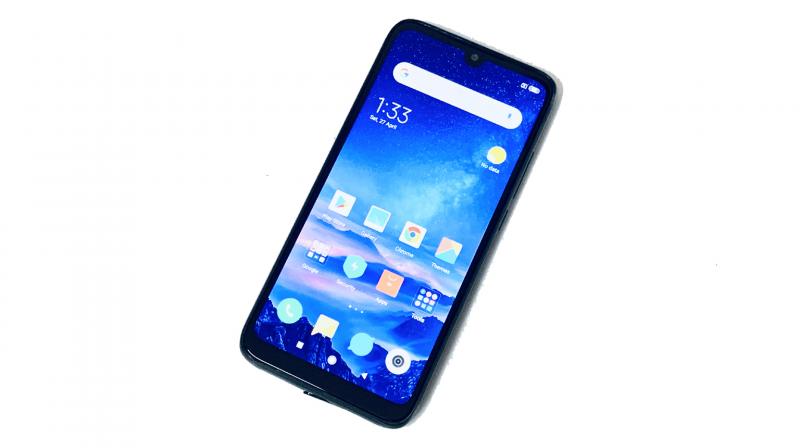 Offering a 4000mAh battery, the Redmi 7 can last a day with heavy usage.
Rating:

The budget smartphone segment is getting increasingly populated with major smartphone manufacturers like Samsung, Realme, ASUS, Lenovo and others launching handsets with killer specs all in the sub Rs 8K bracket. Xiaomi, the undisputed leader in the Indian smartphone market, has recently announced its latest budget prince, the Redmi 7. It boasts a tempting Rs 7,999 price tag that aims to unsettle worthy competitors such as the Realme C1 and the Samsung Galaxy M10 in a bid to stake its claim as the best affordable smartphone ever.

The Redmi 7 addresses the issue which most users are concerned about — a horrid battery life. The brand has crammed in a massive 4000mAh battery here, making it a sure shot option for the budget conscious who want an all-day battery and then some more. 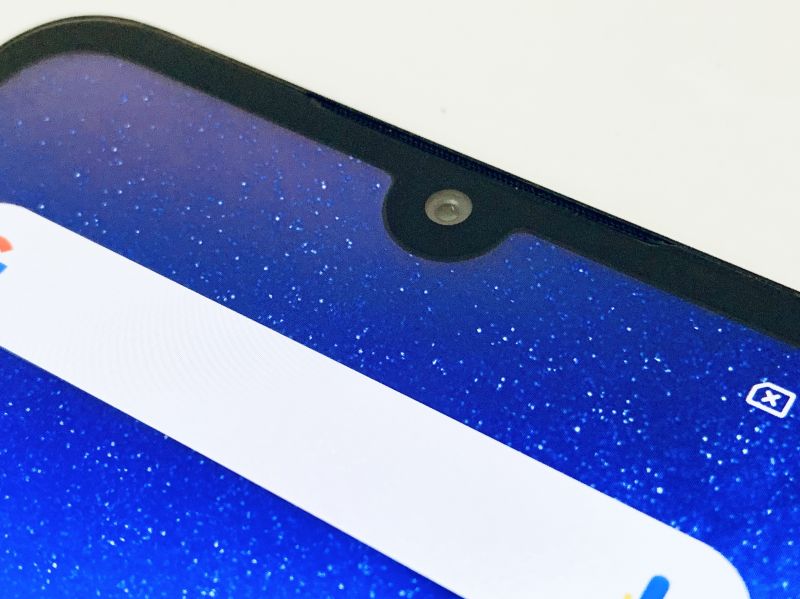 While it may be argued that the battery on the Redmi 7 is it's main USP, the all-new design is a strong contender to the throne as well. Last year, Xiaomi's Redmi series came with a rather boring and consistent design even though the specifications were pretty good. This year, under the newly formed Redmi brand, Xiaomi has paid close attention to the exterior details and not just the internals alone.

The Redmi 7 comes in three exciting colours — Eclipse Black, Lunar Red and Comet Blue. With these colours, Xiaomi has added a stylish gradient design on a polycarbonate shell that’s rarely seen on handsets at this price point. This makes the handset not just beautiful, but durable as well, and in the process expands the customer base of those seeking to own a stylish handset without breaking the bank. 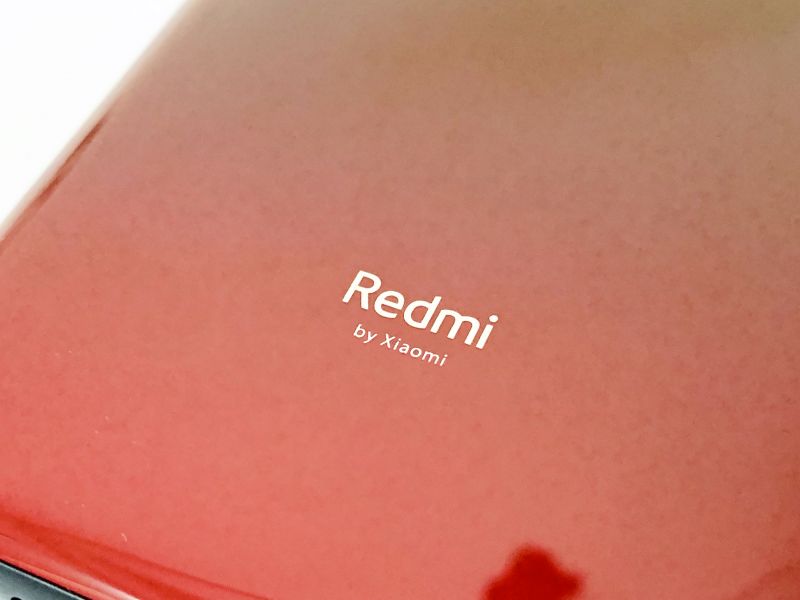 In for review, we received the Lunar Red handset, which in our humble opinion is the best colour option to grace this handset; this is partly due to the fact that it can appeal to either gender and it has a beautiful deep red hue that shifts gradually to black. For this design, Xiaomi has dubbed it as Aura Smoke which denotes its gradient appearance.

The handset features a dual-rear camera sensor and an LED flash which is getting increasingly common these days on handsets in the sub Rs 8K price bracket; this is more expected than surprising. The other notable feature is the circular fingerprint sensor on the rear. If the fingerprint scanner isn’t your cup of tea, there is the front-facing camera which can also be used for face unlock. However, do note that face unlock is not as secure as a fingerprint sensor and Xiaomi claims that the face unlock feature is only meant for convenience.

The plastic rear does add a bit of device security in terms of accidental drops and it feels a lot secure in comparison to glass found on the Redmi Note 7 series. However, since it comes with the gradient finish, it is seriously susceptible to fingerprint residue. For protection, Xiaomi has bundled a soft case in the packaging which can not only ward away fingerprint residue but also offers added protection if the Redmi 7 accidentally slips from your grasp. 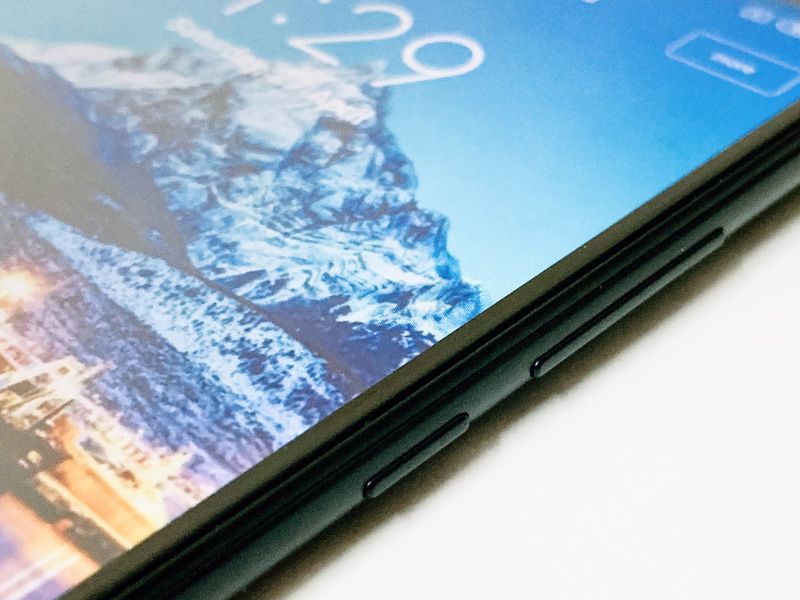 The sides are made using black plastic that looks a tad bit cheap. However, at this price range, we are simply nitpicking. At the bottom you find the micro USB charging port, the speaker and microphone, while at the side, the volume rockers and power button finds its home. To the top, you get the infrared blaster and the 3.5mm audio jack. The SIM tray, like most handsets, is located on the left, which allows you to add two nano SIM cards as well as a microSD card together.

Overall, the design of the Redmi 7 is pretty great — just excuse the plastic finish. If you find plastics an issue, then you better opt for the Redmi Note 7 series as they offer a Gorilla Glass 5 protected rear with a metal frame, but at a higher price.

One of the stand-out features of the Redmi 7 is the large HD 6.26-inch Dot Notch display. While the notch is slowly appearing on handsets in the sub Rs 8K price range, it’s rather rare to find a waterdrop styled notch. Xiaomi is once again paving the way for bringing features of higher priced handsets into the budget segment. While the addition of a notch reduces the bezels on three sides, the chin at the bottom is quite large. However, for a handset at this price range, we can’t expect ultra-slim bezels all around.

The Redmi 7 uses an HD+ display with a resolution of 720 x 1520 pixels, features a curved 2.5D screen that’s protected by Gorilla Glass 5. With the 2.5D glass, the Redmi 7 is able to be grasped easily and feels comfortable in the palm. By adding Gorilla Glass 5, you get additional protection to the display from accidental drops. Having a Gorilla Glass display at Rs 8,000 is a win in our eyes, hands down.

The Redmi 7’s display can be classified as decent at best and colours may feel a tad underexposed making them appear dull. The screen is pretty bright though, and viewing content even in bright sunlight is completely good.

The Redmi 7 runs on Android 9 Pie with an MIUI 10.2 skin on top. This software, for the most part, is intuitive and those switching from a rival brand will have no issues getting used to the interface. Being a Xiaomi handset, we get all the brand’s apps as well as Google’s apps. Some of the preinstalled apps can be deleted which help in freeing up space for other apps. 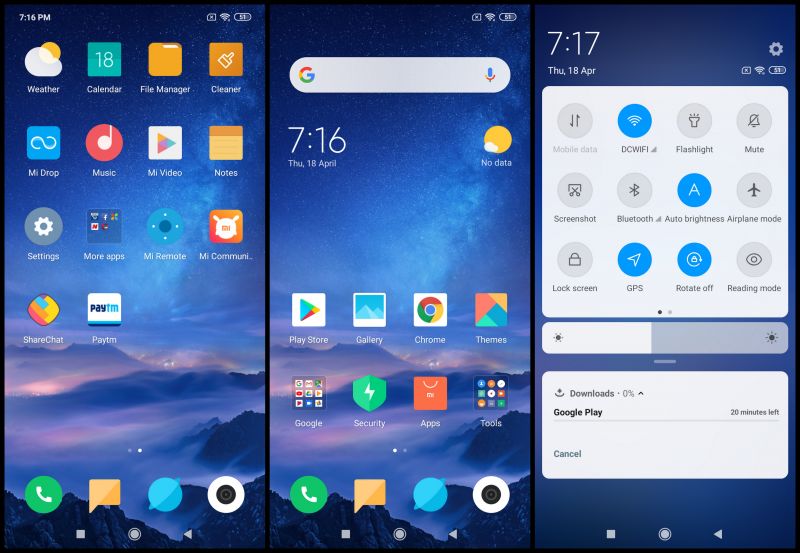 Apart from being a smartphone brand, Xiaomi is also an Internet brand. Because of this title, they manage to keep the cost of their handsets down to a minimum. Being an Internet brand, they are in the business of implementing ads in their handsets. Having reviewed a few Xiaomi handsets in the past, we have noticed that the sheer number of ads in the Redmi 7 is hard to ignore. We understand that ads can help the business model and in the process keep the price of the device low, but out of the box, the number of ads shouldn’t overpopulate the overall experience of using the device.

While this may be irritating for most, there are ways to reduce the number of ads; but it’s a workaround process which most people wouldn’t be bothered to even do. Hence, Xiaomi needs to come to a middle ground that’s not too intrusive to the overall user experience. Apart from the ads, we found the overall experience of the handset to be quite solid and intuitive.

The Redmi 7 is fitted with a Qualcomm Snapdragon 632 chipset and paired with an Adreno 506 GPU. The SoC is designed on a 14nm FinFET process and the main aim of providing this chip in the handset is to focus on power efficiency. Battery life being the primary USP of the Redmi 7, you get an octa-core SoC that’s clocked at 1.8GHz which promises ample processing capabilities while maintaining power efficiency. The SD 632 helps in driving a smoother OS experience as well as having the some capabilities to run games like PUBG Mobile and Asphalt 9 on the lowest settings. While you won’t get flagship grade performances, the handset is more than capable of holding its own. 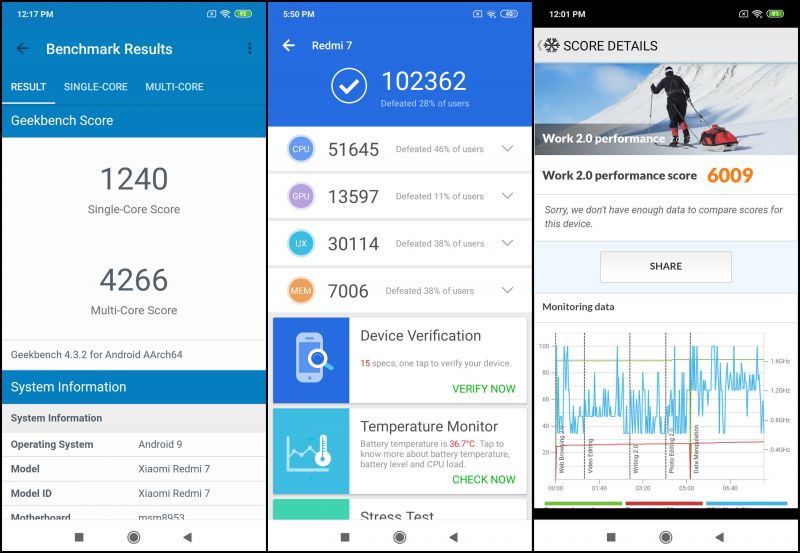 The handset is paired with either 2GB or 3GB of RAM that’s contains 32GB of storage and with the latter version in for testing, we observed a very smooth software experience. Opening multiple tabs and pulling them up from the background was handled very easily. The apps open almost instantly making it a pretty zippy device considering its lowly price tag.

We ran the usual litany of benchmarks and it did as expected with nothing negative to write home about. If you want a handset that runs smoothly and can handle exhaustive 3D apps, then the 3GB variant would be a better bet amongst the two variants available. As far as thermals go, the handset did get a bit heated during extended gameplay, but nothing so much to cause you any concern.

The Redmi 7 is equipped with a dual rear camera configuration that comprises of a 12MP primary and a 2MP depth sensor combo. While shooting images in well-lit conditions, photos appeared natural, with the right amount of vibrancy and saturation. The images had a fair amount of detail as well which makes them ideal for sharing on social media. A neat feature added to the budget device is that it comes with AI-enabled scene detection. This allows the camera to gauge the subject being shot and output the best possible photo for the said environment. 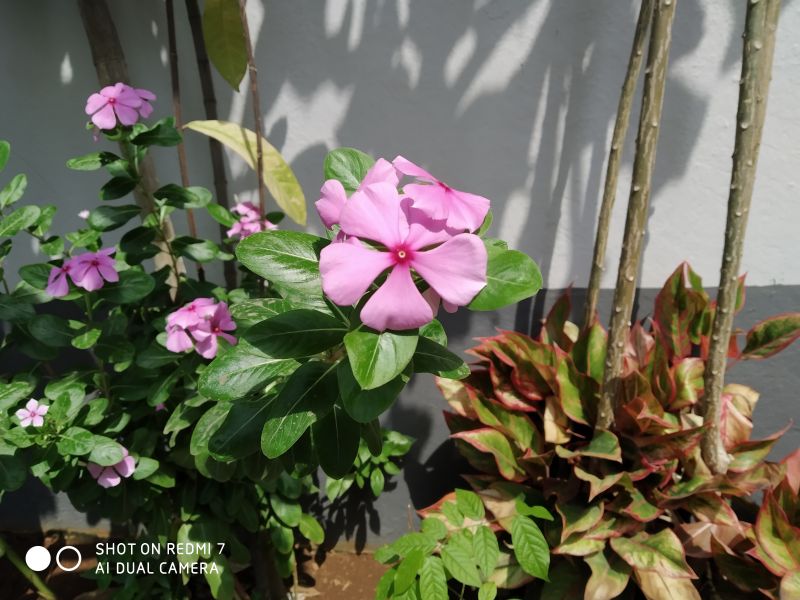 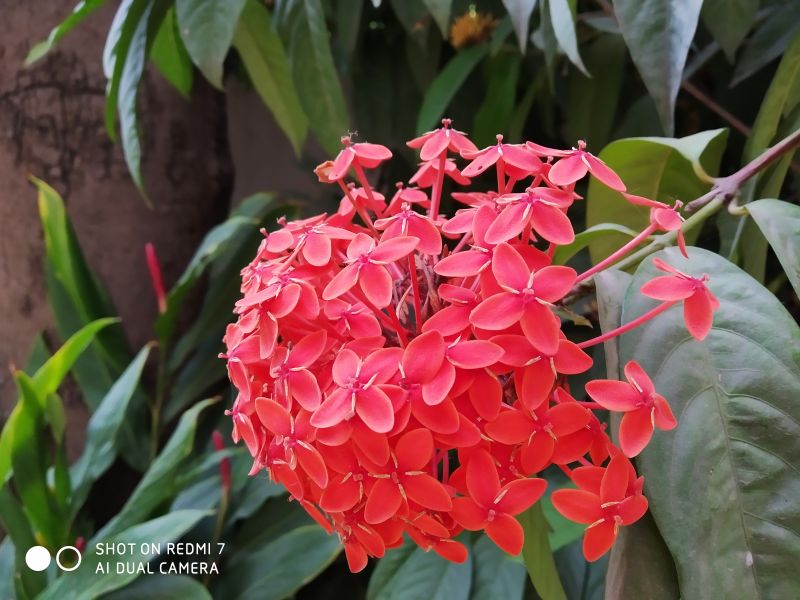 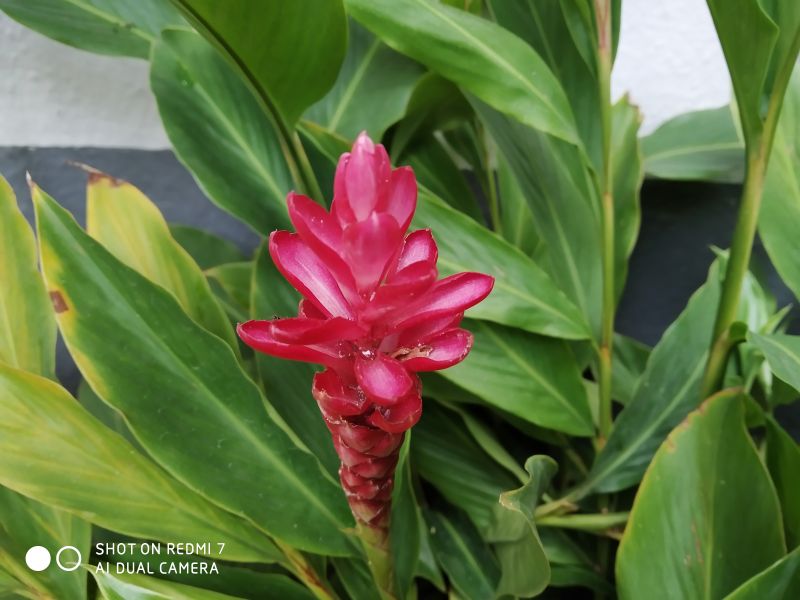 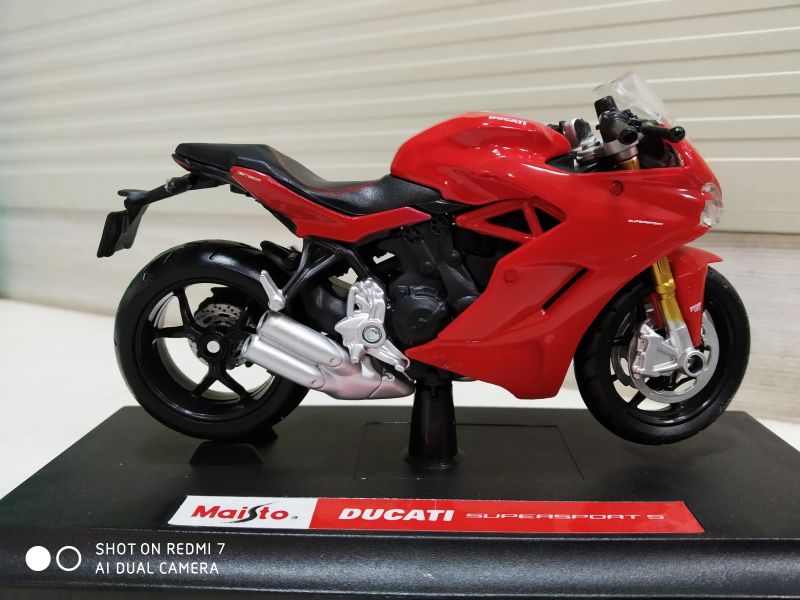 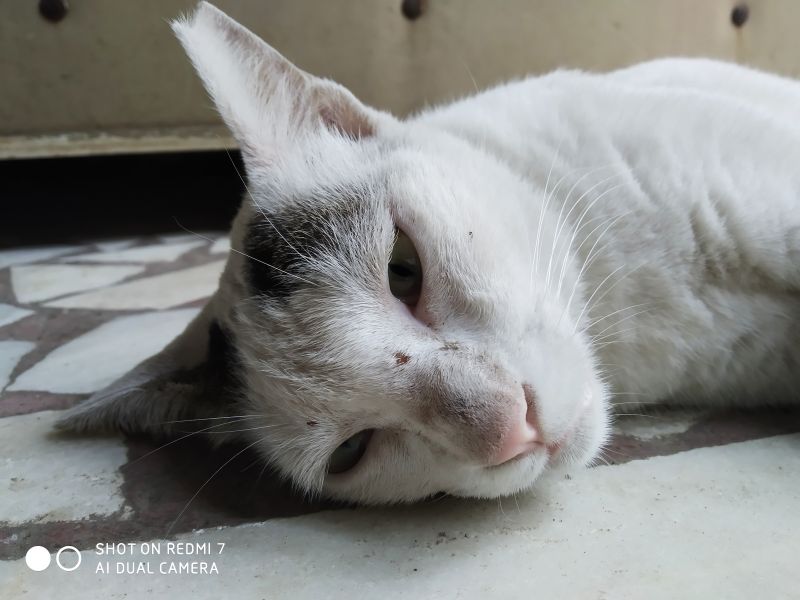 While the cameras did well in well-lit environments, it didn’t do as well in low-light conditions. While images are passable on the phone, when viewed on a larger screen, you notice that there is a lot of image noise, which results in grainy photos. Also, we noticed some focusing issues, but this was intermittent. 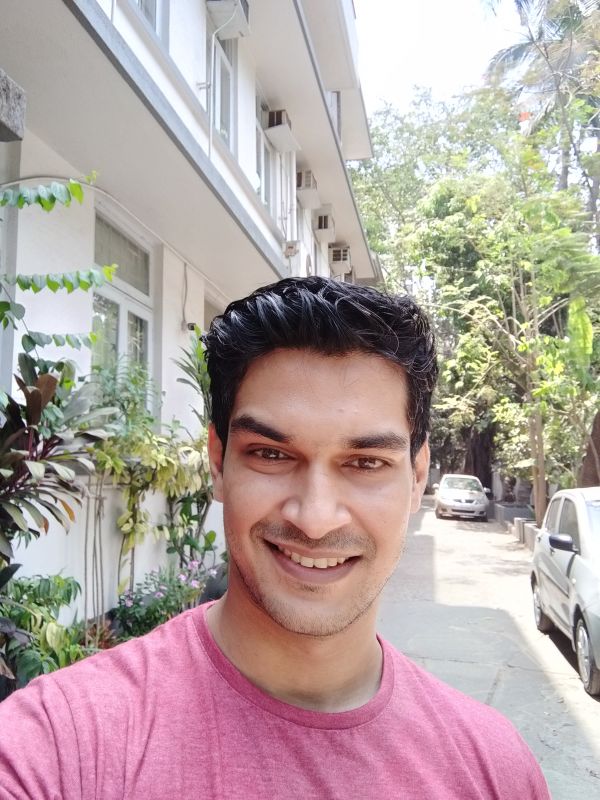 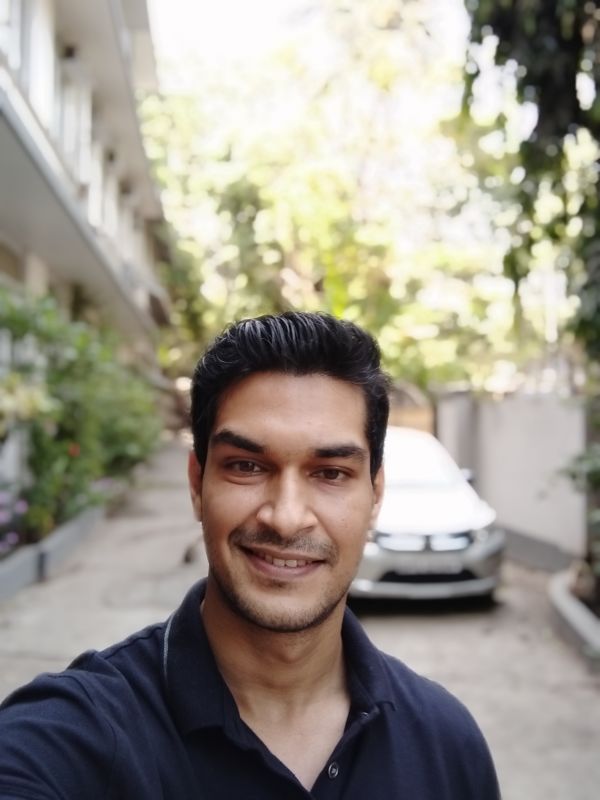 While capturing portraits with the 8MP front-facing camera, skin tones appeared natural with colours appearing punchy. We tried the portrait mode on the Redmi 7 and observed that the edge detection is quite good for a handset in this price range.

For a handset price this competitively, the Redmi 7 offers some pretty stellar image quality which is seldom found on rival devices. 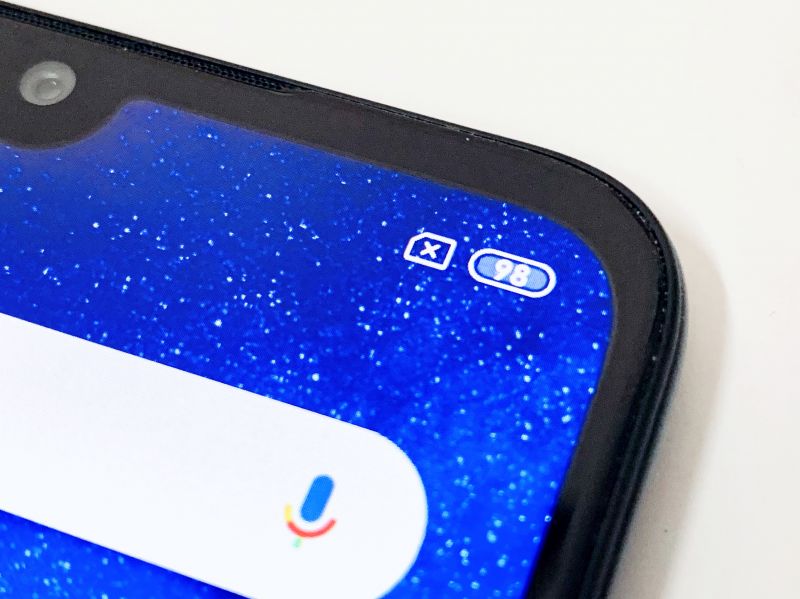 Another highlight of the Redmi 7 is the 4000mAh battery powering it which is a major step-up from the Redmi 6. During testing, we observed that it managed to last the entire work day and then some. During tests, we observed that after using the handset to stream videos and music, check emails, play games as well as being glued to WhatsApp with some Google Duo video calling thrown in, the battery still had about 10 per cent of juice at the end of the workday.

Xiaomi throws in a 10W charger in the packaging which unfortunately doesn’t come with fast charge support. However, at this price, asking for that would be a stretch. 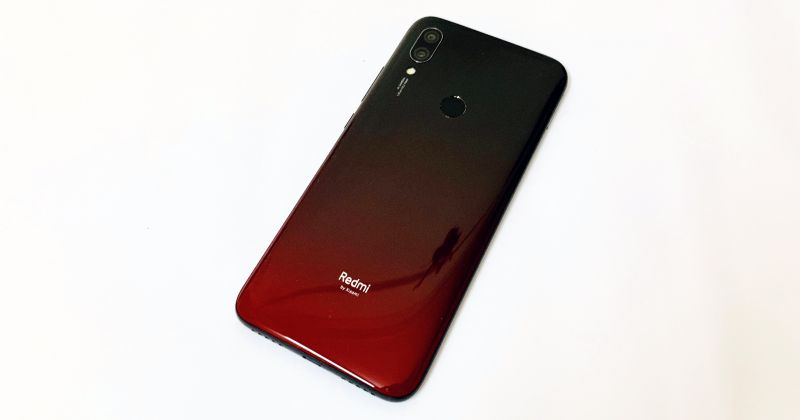 The 2GB/32GB variant of the Redmi 7 is priced at Rs 7,999 while the 3GB/32GB option costs an additional Rs 1,000. Is this handset recommendable? Our answer is a definite yes. The Redmi 7 has a lot going for it in terms of specs and an added advantage is the 4000mAh battery and the way it has been optimized. Previously, if you wanted a handset with a good battery, you would have to settle for a model that costs double or more. But, with the Redmi 7, Xiaomi has given the user the freedom to utilize their devices the way they want without fearing their handset will die out on the least inopportune moment.

Apart from this, the Redmi 7 features a great design and speedy performances all across the board. So if your budget lies in the sub Rs 8K price range, then this handset is your best bet, no quests asked. Else, with a few hundreds more, you can opt for the Redmi Y3 or the Note 7, which could do more for you.