The realme 6 will be on sale from 12 pm on March 11 on Flipkart and the realme 6 Pro will be available at the same time on March 13. 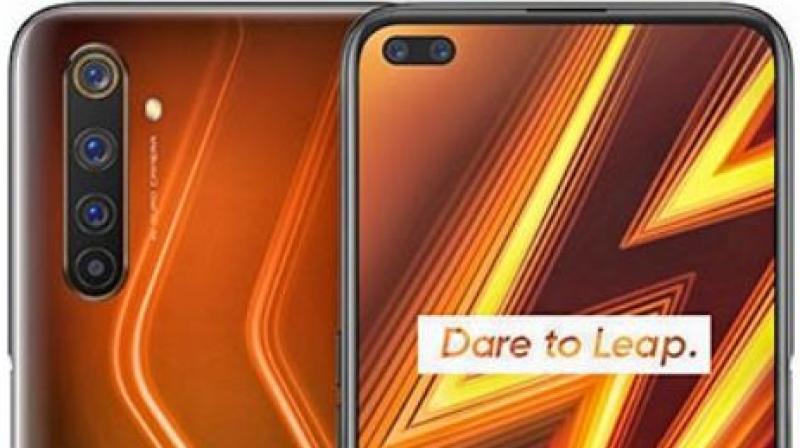 The realme 6 Pro sports a 64MP primary camera that can do a hybrid zoom of up to 20x, an 8MP ultra-wide angle camera, 12MP telephoto lens and a 2MP macro lens

Chennai: Chinese smartphone maker Realme on Thursday launched the realme 6 and realme 6 Pro phones in an online streaming event. The Made in India devices featuring exciting camera and screen capabilities will be available on Flipkart and offline at authorised mobile stores across the country.

The realme 6 will be on sale from 12 pm on March 11 on Flipkart and the realme 6 Pro will be available on the shopping site at the same time on March 13. The realme website is also offering an early access sale.

Armed with a 64 MP quad camera, 30W fast charging and a super responsive 90 Hz screen, the realme phones are priced starting Rs 12,999 for the realme 6 series and Rs 16,999 for the realme 6 Pro series, both of which have been launched in India first. Additionally, 6 Pro features a dual punch-hole selfie camera and supports the home-grown satnav technology from ISRO, NavIC.

The realme 6 series phones run on realme UI based on the latest Android 10 and is expected to be quite the catch with its camera and display features rivalling medium range to premium smart phones but priced competitively enough to appeal to a young professional or college-goer.

To compare the two phones, the quad camera of realme 6 sports a 64MP primary lens along with an 8MP ultra-wide angle, 2MP macro lens and a 2MP B&W portrait lens. It also has a punch-hole 16MP selfie camera and an in-display fingerprint sensor, whereas the realme 6 Pro sports a 64MP primary camera that can do a hybrid zoom of up to 20x, an 8MP ultra-wide angle camera, 12MP telephoto lens and a 2MP macro lens.

The fundamental difference between the 6 and 6 Pro is in the processor. The realme 6 is powered by a MediaTek Helio G90T Octa-core SoC, while the 6 Pro has the more advanced Qualcomm Snapdragon 720G Octa-core SoC.

Both come with a 4,300 mAH battery that will fully charge within 60 minutes, the realme team claimed.

Realme also launched its first smart band Realme Band to compete with Mi’s Band 3. It comes with a 2.4 cm colour display and a battery life of up to days. It will be available for as little as Rs 1,499 on Amazon from 12 noon on March 9.