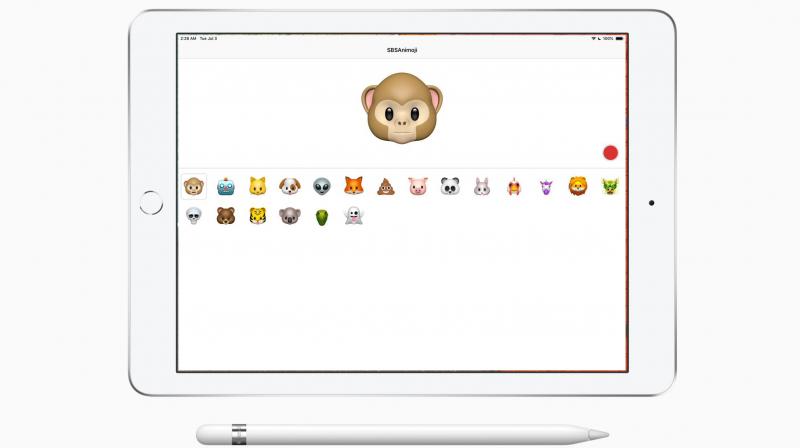 For making Animojis and Memojis work, Apple would need to implement the FaceID system into the next iPad.

Apple’s iPad has been going strong, despite the market opting to shift to smartphones with large displays. The most recent launch in the lineup — the iPad 2018, gained support for Apple Pencil along with advanced Augmented Reality applications. Apple was also expected to unveil a new iPad Pro at this year’s WWDC, which didn’t happen eventually. However, it seems that the iPad Pro will see a successor with several features as well as design elements lifted straight off from the iPhone X — thanks to iOS 12’s codes.

Steve Troughton Smith, a developer by profession, has uncovered Apple’s plans to make the next iPad Pro revolutionary. While hunting iOS 12’s AvatarKit SDK on the iPad, he came across certain codes that hint towards the compatibility of Animojis and Memojis for iOS devices with bigger displays. This indicates that the iPad will eventually be able to receive and might even be able to send Animojis as well as Memojis. For making these features work, Apple would need to implement the FaceID system into the next iPad.

With the availability of FaceID on an iPad, Apple might remove the TouchID fingerprint sensor, which might eventually lead Apple to kick out bezels from all the sides, similar to the iPhone X.

There are chances that these speculations may never be able to make it to reality. But if they do, the next iPad will be fighting the upcoming flagship tablet from Samsung head-to-head. Samsung’s upcoming Galaxy Tab S4 is also rumoured to sport narrow bezels all around and feature the Galaxy Note’s series’ iris sensor for biometric verification. The world of tablets is set to be spicy once again.