HTC U12 to feature 5G connectivity

The company's new rumoured flagship has been displayed at an event hosted by Chunghwa Telecom in Taiwan. 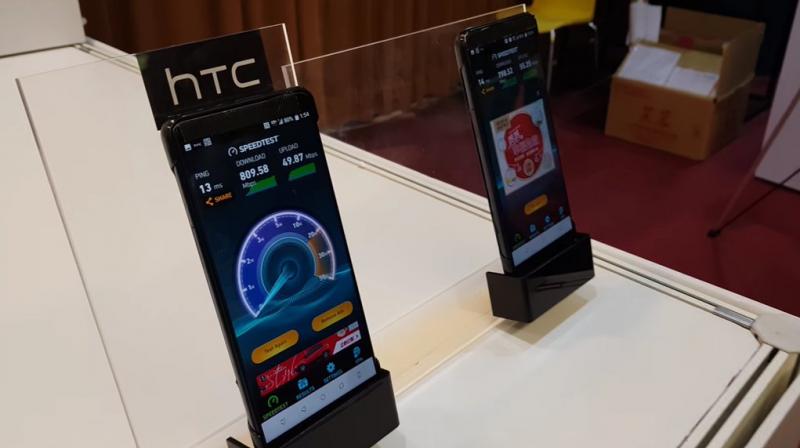 A mystery phone from HTC has been showcased at a 5G event in Taiwan last week. This rumoured phone might be the company’s new flagship HTC U12. The phone featured a 18:9 Full HD screen similar to its HTC U11 Plus.

According to The Verge, the device was shown at an event hosted by Chunghwa Telecom, Taiwan’s largest telecom company, which invited companies like Nokia and Asus that have also signed on to help build a 5G network on the island by 2020.

Though the phone supports 5G connectivity, it isn’t using actual 5G tech. Instead, it’s using an LTE tech called Licensed-Assisted Access (LAA). This basically combines with the existing LTE with the unlicensed 5GHz WI-Fi band for additional bandwidth. The Qualcomm is the only processor that supports LAA on its Snapdragon 835 chipset. Hence, this phone might also feature the new upgraded Snapdragon 845 chipset.

At the event, this HTC U12 showcased a download speed of 809.58 Mbps on a mobile network. However, This U12 can boast up to gigabit download speeds, which isn’t new as the HTC U11 already does that.

The HTC U12 likely to feature a 6-inch 1440x2880p Super LCD display and equipped with 6GB of RAM. As the previous iteration which had an IP68 water resistant rating, the new HTC 12 is also expected to have the same.