Technology   Mobiles & Tabs  06 Mar 2020  The sexy, bendy, nostalgic Motorola Razr is coming to a store near you on March 16
Technology, Mobiles & Tabs

The sexy, bendy, nostalgic Motorola Razr is coming to a store near you on March 16

The foldable device with a seamless display will be competing with Samsung Galaxy Z Flip launched in February at Rs 1,09,999 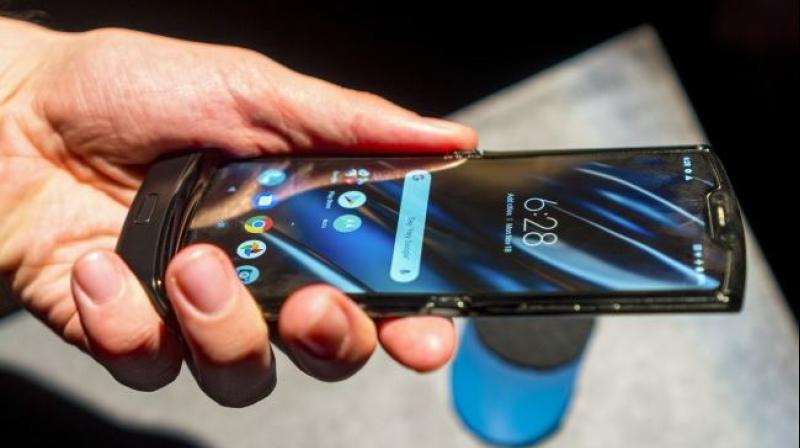 The Motorola Razr is said to have great build quality and a seamless display and hits the right notes of nostalgia. (Photo | GSM Arena)

Chennai: The flipping awesome Moto Razr, the it-phone of the 2000s, has transformed into a smart avatar while keeping its USP intact, and will soon be available online or at a store near you. The India launch of Motorola Razr 2019 foldable phone, which went on sale on February 6 in the United States, is slated for March 16.

The Razr, a design based on the 2004 model that captured a huge fan base in the pre-iPhone days, will be competing with the Samsung Galaxy Z Flip launched last month for a price of Rs 1,09,999. At those kind of prices, the Razr and Flip are likely to appeal most to busy corporate hotshots who like to keep things simple while still making a statement.Equipped with only a 16MP camera at a time when quad cameras are all the rage, the Instagram-obsessed crowd is hardly the target consumer.

The Razr, like its predecessor, will likely score mainly for its style and for being as handy as it is. When closed, the Razr has a 2.7-inch, 4:3 aspect ratio quick-view screen displaying all your notifications, which is also equipped with a fingerprint reader. You can respond to notifications, activate Google Assistant and do a lot without even flipping the phone open. That’s a huge plus for convenience. However, it’s not easy to open one-handed like the old Moto Razr.

Open, the Razr has a 6.2-inch screen with a 21:9 aspect ratio and is fitted with a 6G RAM and 128 GB storage, comparable to any premium smartphone. But it functions on a slightly older and slower Qualcomm Snapdragon 710 processor running Android 9 whereas Snapdragon 855 and above with Android 10 are the standard these days.

Reviews of the US phones also give it plus points for the sturdy build, especially of the hinge, and the seamless display OLED display without much of a discernible crease.

Keeping to the Razr’s slim design also means the battery only has a capacity of 2510 mAh, but it comes with a 15W fast charger.

Overall, it may not have the best functionality such as a phone with uber cameras and gaming smarts but many buyers would go for it just for the convenience of not having to carry around a ‘brick’ in their pockets.