The latest at Apple: Leaks on the iPhone SE, iPhone 12 and iPad Pro 2020 reveal juicy details 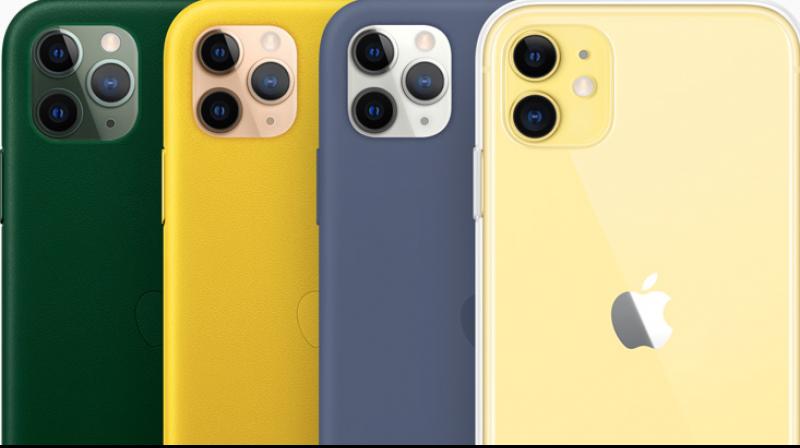 The upcoming iPhone 12 will have triple lenses and a LiDAR scanner in a quad display array on the rear, whereas the iPhone 11 Pro and IPhone 11 featured in this image does not have a LiDAR scanner.

Chennai: As the coronavirus eats into salaries of professionals, and business shut down, there will be fewer people with disposable incomes to buy the latest phones. Those who do need to buy phones are likely to go for cheaper models. In this context, it would be good for Apple to release its rumoured iPhone SE entry model phone before it gets going on the iPhone 12.

The iPhone SE would be a potential replacement for iPhone 6 users, as they no longer receive major software updates, 9to5mac website reported.

The iPhone SE’s earlier version was launched years ago was modelled on the iPhone 5S but loaded with the camera and chip of the iPhone 6S. The new iPhone SE is expected to have Apple’s A 13 processor, used in the latest models iPhone 11, iPhone 11 Pro and iPhone 11 Pro Plus, and come in three storage variants – 64GB, 128 GB and 256 GB.

Apple supply chain analyst Ming-Chi Kuo reported that the iPhone SE will be priced at USD 399, cheaper than the iPhone 8 by 50 dollars.

The 2020 iPhone SE, which is expected to be announced soon, is likely to feature the same design as the iPhone 8 but with better battery.

Meanwhile, some specs of the premium iPhone 12 have also been revealed.

An image of what is claimed to be an iPhone 12 displayed on macatakara,jp invokes the design of the iPhone 4, which had squared edges. Supply chain analyst Ming-Chi Kuo also spoke about it as being a significant part of the redesign for the upcoming flagship model series, saying the curved glass display featured in the iPhone 11 will now blend into stainless steel edges on the iPhone 12.

Apple is also expected to fit the iPhone 12 series with the custom A14 chipset.

Another image of the blueprint of the iPhone 12, found on the Concepts iPhone Instagram handle, shows its back camera array featuring triple lenses, now with a LiDAR scanner included in a quad setup. The LiDAR scanner will measure the distance to the subject being photographed and add depth to images, enhancing iPhone’s already superior imaging technology.

Apart from the two phones, Apple is also bringing out a 2020 model of the iPad Pro. But if you already own a 2018 iPad Pro, save your money in these uncertain times, because 9to5mac says the latest tablet has only incremental updates.

The LiDAR scanner that now comes along with the dual cameras is the most significant upgrade. And the most obvious one is that the 2020 iPad Pro will have the latest iOS 13.4, with better RAM of 6 GB as opposed to 4 GB on the 2018 iPad. Storage will be upgraded too.

Actually what’s most exciting about the 2020 iPad is not the device itself but the long rumoured Magic Keyboard. Said to be a must-have accessory to use your iPad Pro as your primary computing device, the good thing about the Magic Keyboard is that it will be compatible with the 2018 iPad too.

Given how pricey the Magic Keyboard is, at USD 299 for the 11 inch version and USD 349 for the 12.9 inch one, you could probably just buy the accessory alone for your 2018 iPad Pro and not upgrade altogether to the 2020 iPad Pro.