A survey has concluded a lot of people choose not going to a gym for this one weird reason. 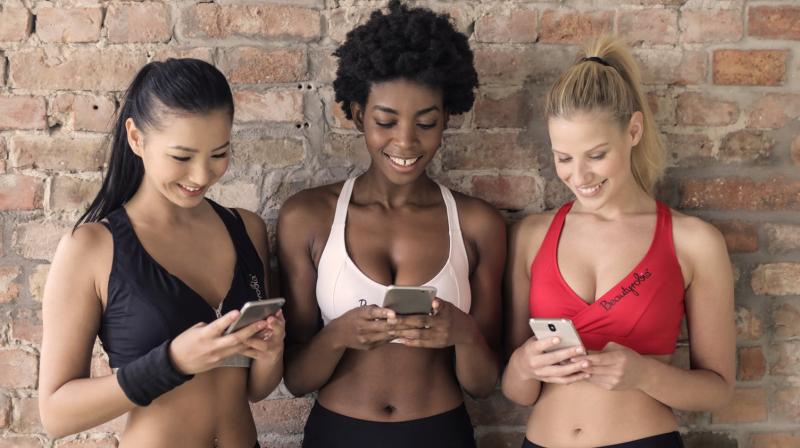 Lack of mobile coverage has been listed as one of the key reasons why people skip the gym. (Photo: Pexels)

Smartphones have become a way of life and not having them around are known to cause angst and other untoward feelings in a person’s psyche. Going to a gym to workout is one of the most relaxing and mind cleansing things a person can do. Apart from the immense health benefits on offer, workouts can also boost a person’s confidence. However, a new survey suggests that this is a major smartphone reason why a person decides to skip the gym.

Lack of mobile coverage has been listed as one of the key reasons why people skip the gym. What makes this survey even more intriguing is not just the lack of cellular coverage; but, the combination of the lack of mobile reception and people’s attitude towards it. It is pretty disheartening that people opt not to go to a gym based on the mobile coverage and they can’t separate themselves from the connection for a short span of time to focus on their physique. But what’s even worse is that there are people out there who pick a gym to workout at based on the mobile reception rather than change their mobile network.

The reason for people’s attitude towards this pretty unknown as every mobile service tends to over-exaggerate their coverage and all face dropped calls and low coverage areas. However, even though this may be a legitimate fact, people don’t see this as much of an issue to complain about it.

The combination of this scientific coverage survey and attitudinal research probably says more about people than mobile coverage. The research states that one in five gym-goers have stopped exercising in a bid to resolve their issues with shoddy mobile networks. A report by Forbes states, “You might ask why anyone needs a mobe in a gym and it seems that Instagramming pictures of their buff selves are the thing people like to do with half of the gym bunnies saying they are heavily reliant on their phones to stream music (34  per cent), record progress on apps such as Strava or MyFitnessPal (26 per cent), take selfies (20 per cent) or browse social media and the internet (17 per cent). The study, which represents the first test of its kind evaluating mobile network performance in gyms, reveals that all of the big mobile operators are having trouble extending their networks indoors.”

The research proved that network speeds are over three times slower in gyms as compared to outside to finish off social media related tasks. Mobile network reception falls nearly 20 per cent when entering a gym and up to 8 per cent of data tasks fail inside of gyms.