The leaked image purportedly of Nokia’s upcoming flagship shows five rear shooters along with an LED flash and proximity detector. 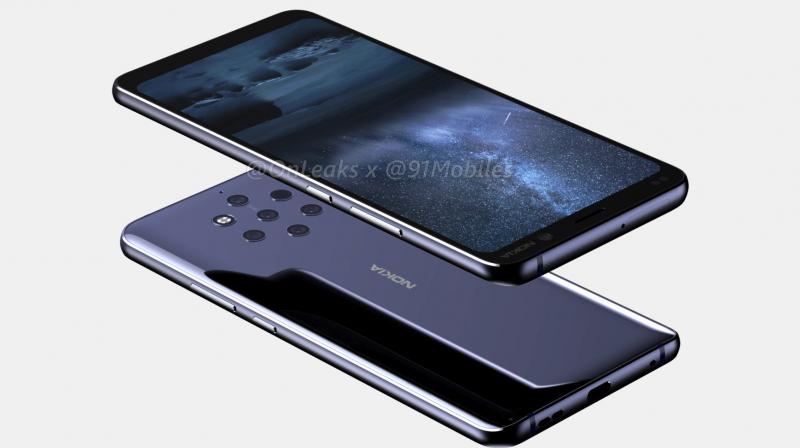 The Nokia 9 comes with seven rings on the rear. (Photo: 91mobiles)

This year we have seen a plethora of new releases from Nokia and their handsets range from the budget segment to the mid-range. While all of these handsets have done really well in reviews and continue to sell well in the market, we are yet to see a flagship smartphone from one of the most popular mobile phone manufacturer in the world.

This all has just changed in a flash as a new report from 91mobiles has just acquired access to leaked images of a Nokia flagship which is allegedly the Nokia 9. While most flagships come with the regular top-end specifications, Nokia seems to be upping the ante when it comes to photography as the obvious highlight of the Nokia 9 is the Penta-camera setup on the rear.

The report states that they have partnered with serial tipster @OnLeaks and have gained access to 5K renders and a 360-degree video of the Nokia 9. The Nokia 9 comes with seven rings on the rear which point to five camera lenses, the sixth being a dual-tone LED flash and the last a dual-sensor which in all likelihood be used for proximity detection. 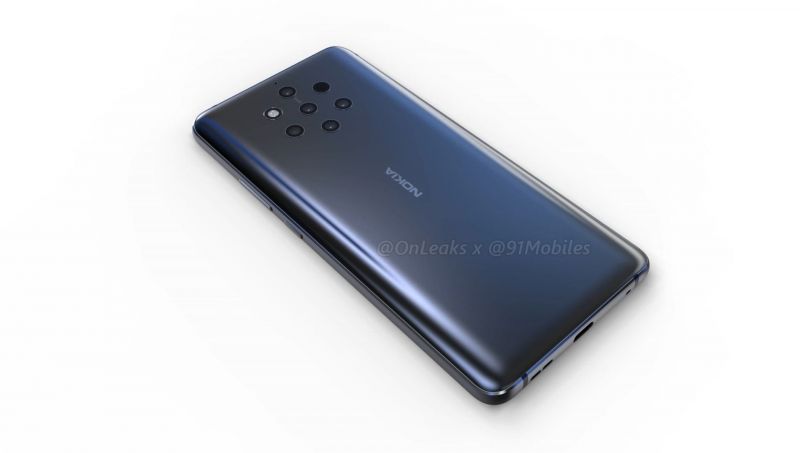 The report goes on to add, “We can’t confirm exactly what the Penta-camera lenses will consist of, but if we had to assume, we’d guess the setup includes a telephoto lens, a wide-angle lens and a depth-sensing camera, among others. The renders show Zeiss branding between the cameras, and while there isn’t mention of PureView on the body, it’s almost a given that HMD Global will revive the iconic PureView branding with the Nokia 9. “

Other specifications of the Nokia 9 include a 5.9-inch display boasting a QHD resolution and will have an 18:9-inch panel. From the images, we can see that there is no fingerprint sensor located either on the front or the rear so this could point to an in-display fingerprint sensor much like what Vivo and OnePlus have added in their handsets.

Apart from this, the Nokia 9 is rumoured to be powered by a Qualcomm 845 chipset and will run on Android 9 Pie. There are rumours suggesting that it will include other top-of-the-line specifications such as 8GB of RAM and 128GB of storage and the handset will be kept alive by a 4150mAh battery.