Gone in 60 seconds! OnePlus 7T Pro McLaren Edition sells out in a minute

The racecar inspired OnePlus 7T McLaren Edition flew through its inventory with it selling out in 60 seconds. 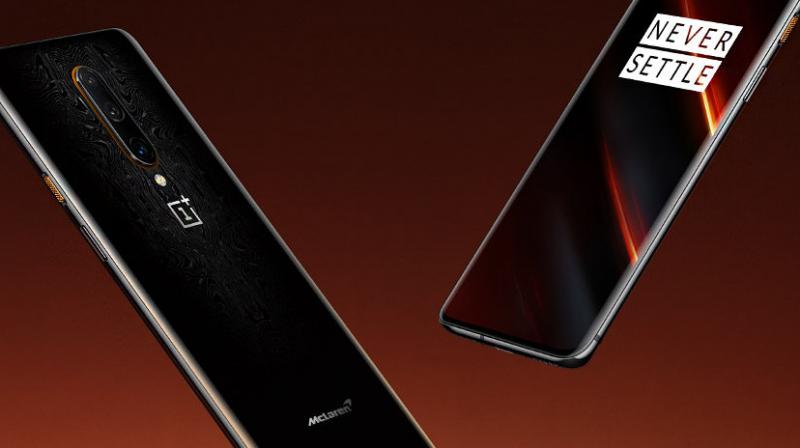 This limited edition handset comes with a well-designed rear and features the McLaren logo .

A month back OnePlus announced its latest flagship; the OnePlus 7T Pro and with it, came a special McLaren Edition handset. The device recently went on sale across the globe as well as in the company’s home turf and as per a post on Weibo, OnePlus claims that in China, the handset sold out in a mere 60 seconds. As of now, there is no word on how many units were sold but no matter what, it is a flagship in every right and boasts a flagship price to match with the 12GB/256GB model costing 5,299 Yuan.

For those who missed out, the next sale is scheduled to take place on November 11 and it can be pre-booked as well. This limited edition handset comes with a well-designed rear and features the McLaren logo and the racing brand’s signature papaya orange colours on the corners. The accessories that come with it also boast this colour scheme which makes for quite a collector’s edition.

The OnePlus 7T Pro comes with a 6.67-inch QHD+ AMOLED display and is protected by Corning’s Gorilla Glass 6. It features the Snapdragon 855+ processor and paired with an Adreno 640 GPU. On the rear, the handset sports a 48MP + 8MP + 16MP triple camera setup. The front features a 16MP pop-up camera and the device is capable of capturing 4K videos at 60fps.