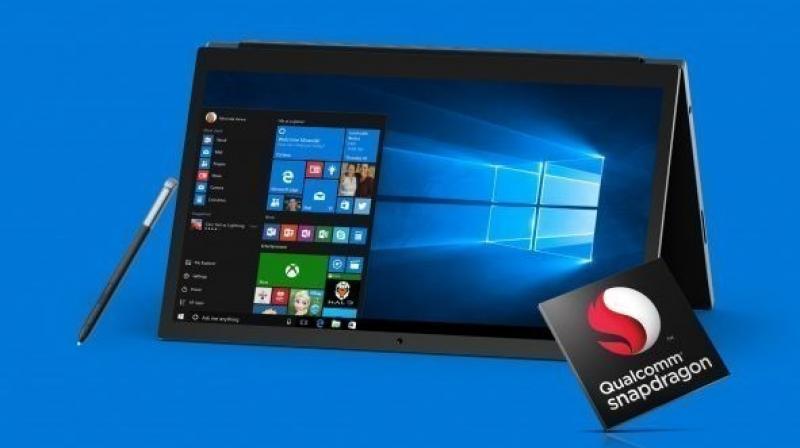 Microsoft is claiming an average battery life of around 22 hours on these machines.

The world of consumer technology is constantly evolving by leaps and bounds. We are on the verge to see shape-shifting smartphones and AI-powered software operating systems, working in tandem to make our lives easier. All of this started two decades ago with Microsoft’s Windows OS bringing computing to the masses. However, the PC industry is witnessing lack of interest from consumers and is in dire need of a modern overhaul, which is where their latest concept of ‘Always Connected PCs’ make sense.

At the Snapdragon Tech Summit, 2017 in Hawai, Microsoft and Qualcomm came together to announce the first bunch of ARM-powered Windows laptops and convertibles. Qualcomm will be using its current flagship chipset — the Snapdragon 835, to power a bunch of laptops and convertibles from ASUS, HP and Lenovo. These computers will be running Windows 10S (Microsoft’s lighter and more secure version of Windows 10) and can be upgraded to Windows 10 Pro within a limited period of time.

If you are considering this to be a rebranded Windows RT project, then you are wrong. These ARM-based Windows 10 computers will be able to run X86 apps from yesteryears along with Microsoft’s UWP apps. Microsoft says that they will be emulating the Win32 apps along with Edge and CShell to provide a complete Windows 10 experience. However, some programs that need to access kernel mode drivers and 64-bit apps won’t be able to see the light of the day on these devices.

That said, what these computers are losing on the compatibility side, they are making up for it in battery life. Microsoft is claiming an average battery life of around 22 hours on these machines, surpassing that of Apple’s MacBooks. This is also the reason they are terming these devices as Always Connected PCs — they feature LTE connectivity via Snapdragon X16 LTE modem and keep themselves synced to the cloud. All users need to do is close the lid when they aren’t using it and the PCs stay connected in the background, without draining the battery. Most of these will also feature stylus support.

As of now, ASUS(NovaGo 2-in-1) and HP (Envy x2 ) have rolled out a product each running on the Snapdragon 835 chip. Both of these have a 13-inch display and can come with up to 8GB of RAM as well as up to 256GB of storage. Prices haven’t been announced yet and but Microsoft claims these to be accessible to the masses.