A recent report claims that Apple and other tech companies are exaggerating on their battery life claims. 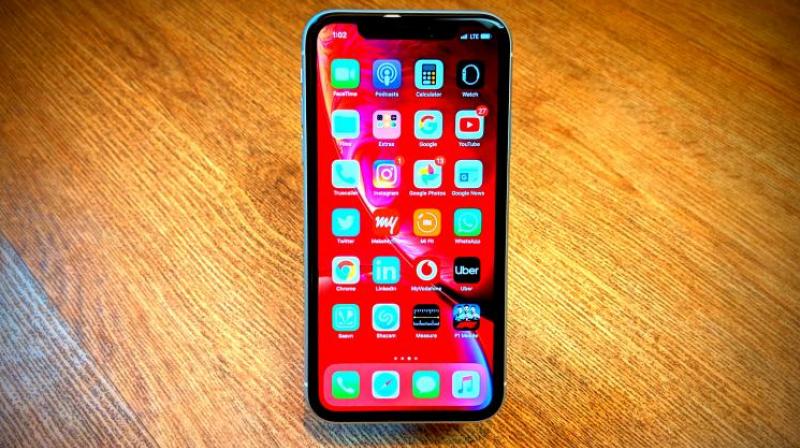 Apple, on the other hand, exaggerates their claim to a far greater extent with the iPhone XR claiming 25 hours of talk time but managing a mere 16 hours and 32 minutes.

It’s a safe bet that tech companies exaggerate on certain aspects of their smartphones and this is a given as long as the claims are somewhere within the ballpark figure. However, when a brand as big as Apple claimed battery life is as large as 51 per cent short off the mark, the entire world stops and takes notice. A report by Which?, a part of the Consumers’ Association has claimed that brands such as Apple and HTC may be over-extending their smartphones’ battery life claims.

Battery life may not be as fashionable as say a smartphone’s display or the design of a handset; however, if the phone’s battery isn’t that great, people would not even consider purchasing the phone. Brands test the batteries of handsets extensively prior to the launch and rate their battery while it’s in an idle state or based on talk time. For most users, we have to take the word of a company on battery life as gospel truth but that doesn’t mean that brands are going to shy away from over-exaggerating the truth. I clear cut example was Apple in the past had been called out for throttling the power of its older generation devices so that user’s don’t observe the shrinking battery life.

Which? did a survey by evaluating over 50 phones from six different brands with a minimum of six smartphones from each company. The report found that some smartphones performed as advertised, while others fared better and some fared worse. Which? states that most brands’ claims weren’t far from reality. The Consumer Association reports that their methodology for testing battery life was their own and not necessarily the same used by a smartphone manufacturer.

The report finds that Apple and HTC were the brands that were the biggest outliers with the latter claiming that the average talk time of their phone was 20.5 hours but only offers 19.6. Apple, on the other hand, exaggerates their claim to a far greater extent with the iPhone XR claiming 25 hours of talk time but managing a mere 16 hours and 32 minutes. 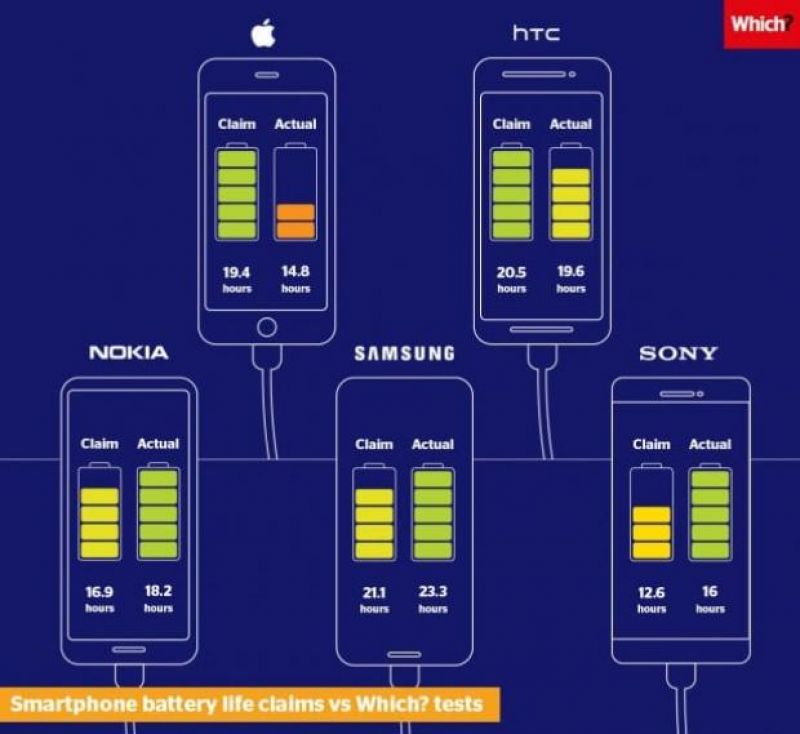 The report states, “Apple stands by its claims and methodology, along with HTC. In fact, Which? talked with the companies and they said they “rigorously test products and stands behind its battery claims, and HTC said it diligently tests all aspects of performance and differences in testing environments may have resulted in the variation we found.”

Brands like Sony performed better than expected and as an example, the Xperia Z5 has a claimed talk time of 19 hours but performed way better with a talk time of 25 hours.