The India launch will take place at a later date with reports suggesting it will happen in the second half of the month. 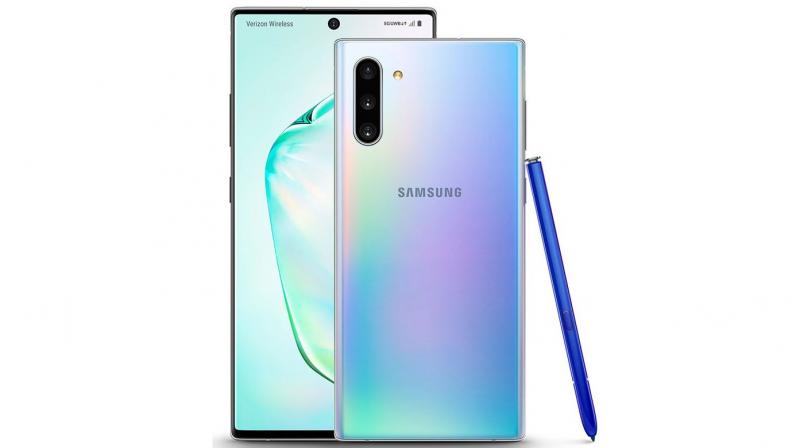 Reports indicate that sale of the handset will commence on August 22, 2019 and Samsung will launch the handset at the same time in India as the rest of the world. (Photo: FoneArena)

Finally! The wait for the official unveiling of the Galaxy Note 10 is upon us and in a few short hours, Samsung will confirm all the leaks and rumours of one of the world’s most hotly anticipated devices. The highly coveted smartphone also has its landing pages on Flipkart and Amazon so Samsung India is definitely drumming up excitement for its impending arrival. Now, as per certain reports, the Galaxy Note 10 will be officially unveiled on September 20, 2019, and should go on sale shortly thereafter.

Reports indicate that sale of the handset will commence on August 22, 2019, and Samsung will launch the handset at the same time in India as the rest of the world.

If the rumours are true, then the Galaxy Note 10 will be available in three variants with Quad HD+ displays and they will feature the slimmest bezels on any smartphone available in the market so far. The Galaxy Note 10 will feature a 6.3-inch display, the Note 10+ will come with a 6.8-inch screen and there will be a 5G version of the Note 10+ that’s believed to come with a bigger battery. The handsets will run on the Samsung homegrown Exynos 9825 SoC based on a 7nm process and in select markets with a Snapdragon 855 chipset. The top-end handset will be fitted with a quad-camera setup and will boast a 4300mAh battery as well. The battery will come with 45W fast charging tech.

As far as availability goes, the Galaxy Note 10 should launch on multiple eCommerce sites such as Amazon, Flipkart and Samsung’s eStore. Apart from this, it will be available at offline retailers as well. You should expect Samsung to throw in certain launch offers as well to boost its sales.