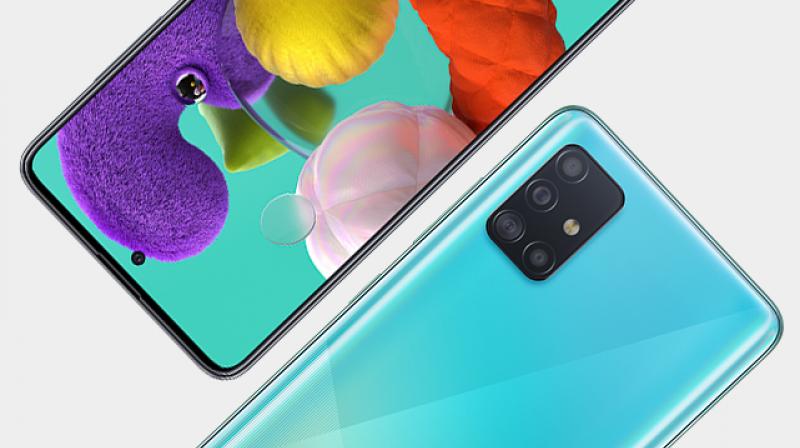 Chennai: Perhaps sensing that inexpensive and mid-range phones would be in demand as incomes fall due to the coronavirus crisis, Samsung has launched no less than six Galaxy A series phones in the United States, starting from USD 110 (Rs 8,400 approx) to USD 600 (Rs 46,000 approx).

The smallest and cheapest of the range is Samsung Galaxy A01 which has a 5.7-inch HD display, 2GB RAM and 16GB storage (which can be expanded to 512GB), a basic 13-megapixel rear camera and a 5MP front camera, with a 3,000-mAh battery.

The A51 5G and A71 will let you expand storage to a massive 1TB on their largest storage variants and run on 4,500 mAh batteries. They will also be packed with 8GB of RAM.

The phones will have the superior Samsung Full HD+ Super AMOLED Infinity-O displays, speedy octa-core processors and quad cameras with a 64MP primary lens on the A71 and a 48MP version on the A51.