The SD670 is essentially a slightly toned down version of the SD710, meant to cater to cheaper midrange phones. 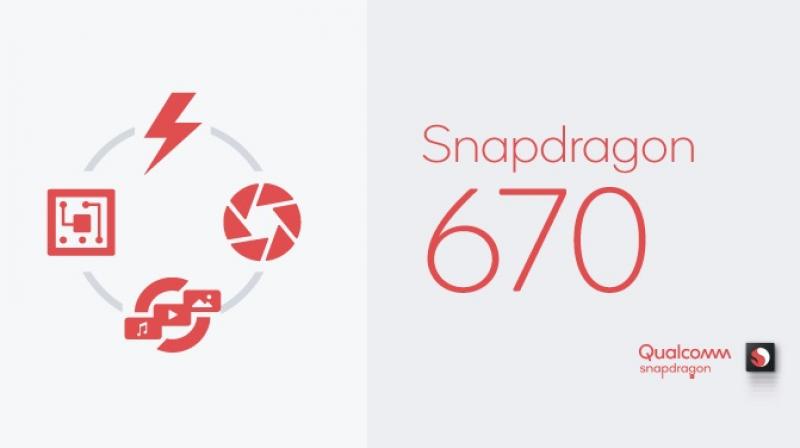 After announcing the Snapdragon 710 for the premium midrange smartphone segment earlier this year, Qualcomm has announced the successor to its ageing midrange Snapdragon 660 SoC — the Snapdragon 670. The new chipset is supposed to offer superior performance, improved camera capabilities and AI features. The SD670 is available for commercial use and could be seen in a smartphone in the near future.

The SD670 is pretty close to the SD710 than to its predecessor in terms of features. In fact, it comes across as a mildly tweaked version of the SD710. For starters, the SD670 comes with an octa-core CPU with big.LITTLE architecture — two performance-oriented Kryo 360 cores based on the Cortex A75 architecture and six power efficient Kryo 360 cores based on the Cortex A55 cores. The CPU’s performance cores are clocked at a maximum of 2.0GHz whereas the power friendly cores can reach up to 1.7GHz. Theoretically, it should perform equally to SD660 in multi-core tests, but Qualcomm claims a gain of 15 per cent in terms of performance. There's a new Adreno 615 GPU taking care of graphical duties while consuming lesser power.

Moving on, the SD670 catches up with the trend of supporting AI. The chipset features the Qualcomm hexagon 685 DSP with it’s always-on, always-sensing processor boasting efficient sensor management abilities. Qualcomm says it’s ideal for computing algorithms that make AI-powered apps. Additionally, the SD670 features their 3rd generation AI Engine with performance improvements up to 1.8 times over the last generation.