Popular YouTuber Marques Brownlee has put together a video showcasing how much the iPhone has evolved since the original iPhone. 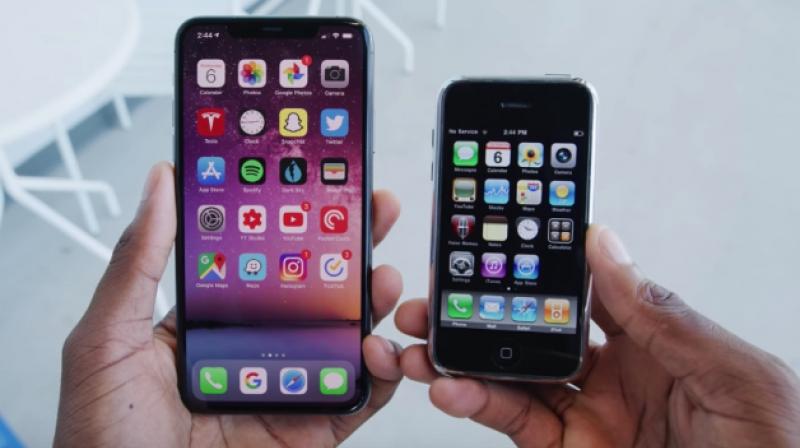 The iPhone has come a long way.

For the past couple of years or so, one of the common topics surrounding the Cupertino-based smartphone manufacturer is that Apple doesn’t innovate anymore. This thought process is largely misguided and the truth is that we have grown used to Apple launching game-changing innovations on the iPhone that most of the world is actually taking it for granted.

In the last two years, Apple had announced a smartphone with a radical form factor with the iPhone X and it came with a ground-breaking biometric authentication system with its Face ID technology. More recently, Apple announced the iPhone 11 Pro which has arguably the best cameras on any smartphone to ever have existed.

For what it’s worth, there is no denying the fact that iPhone updates have become a bit incremental. However, that doesn’t mean that they aren’t worthy of recognition or being glossed over. The thing we need to keep in mind is that incremental innovations pieced together over an amount of time have a lot to them when looked at from afar. However, with all the talk of comparing iPhone handsets with their predecessors, it is easy to see how far the iPhone has come since the original version.

Keeping this in mind, popular YouTuber Marques Brownlee has put together a fantastic video which compares the iPhone 11 Pro with the first-ever iPhone that was announced way back in 2007. This video is definitely a worthwhile watch especially in respect how easy it is to take the current iPhone for granted.

To start off, the entire design of the iPhone has come a long way and the differences are plain to see. The iPhone 11 Pro is massive in comparison with the original iPhone and it features display tech that makes the 2007 model look like a piece 0f old-school hardware from the distant past. The changes are present in every aspect of the device and it is easy to ignore how much the handset has progressed in the last 12 years.

Check out the video below and share in the nostalgia with us.