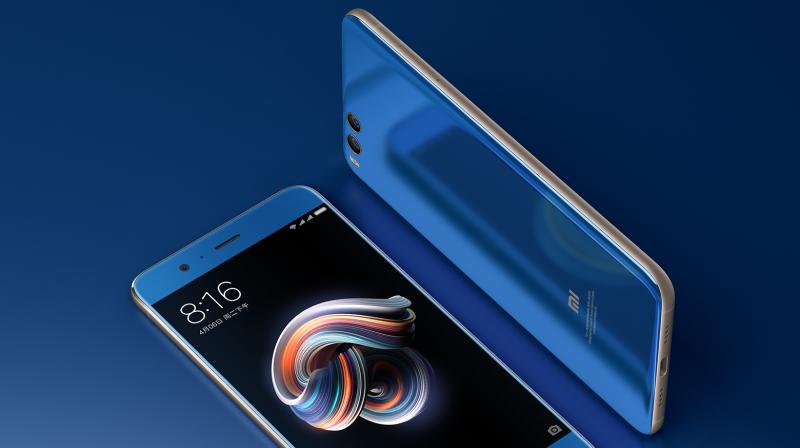 There’s a high chance that Xiaomi could be crafting both of the rumoured handsets as successor to the Mi Note 3. (Representational photo: Mi Note 3)

Last month, Qualcomm announced a new series of mobile chipsets meant to cater to premium midrange smartphones. Called the Snapdragon 700 series, the SoCs are slated to borrow some of the premium features from the flagship Snapdragon 845 SoC, albeit with slightly compromised performance. While Qualcomm didn’t announce any additional information related to the chipset, folks at the XDA forum have got their hands on leaked information of the first Snapdragon 700 series chip heading for development with a big name in the industry — Xiaomi.

XDA’s FunkyHuawei.club has got their hands on a firmware that hints towards the possibility of Qualcomm renaming the upcoming midrange flagship SoC from Snapdragon 670 to Snapdragon 710. The SD710 is slated to be the first 700 series SoC with Qualcomm’s new Kryo architecture — two Kryo 300 Gold performance-focused cores based on the Cortex-A75 architecture and four Kryo 300 Silver cores based on Cortex-A55 power-efficient cores. The Kryo 300 Silver can be clocked up to 1.7GHz while the Kryo 300 Gold can go up to 2.6GHz, which should aid faster processing. The SoC will be aided by an Adreno 615 GPU with a frequency between 430MHz ~ 650MHz, but can boost itself up to 700MHz when required.

It seems that Xiaomi will be the manufacturer to debut the new Qualcomm chipsets sometime later this year. Two Xiaomi devices carrying the codenames ‘Sirius’ and ‘Comet’ have been found in the documents. Both of them have been spotted sporting the Snapdragon 710 SoC, AMOLED display, Android 8.1 Oreo, 3100mAh batteries and IR blaster as common. They only differ in the camera department — one sports a single rear camera whereas the other sports a dual camera setup with portrait mode. While there’s no mention of a name for the production variant, there’s a high chance that Xiaomi could be crafting both of these into a successor for the Mi Note 3.

However, all of this is speculation and none of the information mentioned here is verified. The Snapdragon 700 series chipsets are meant to feature neural networks from the SD845 and offer better performance than the bread-and-butter midrange Snapdragon 600 series.