The e-SIM era is here

With the 3a, Google offers a pocket-friendly Pixel phone, retaining its superior camera but downsizes some specs. 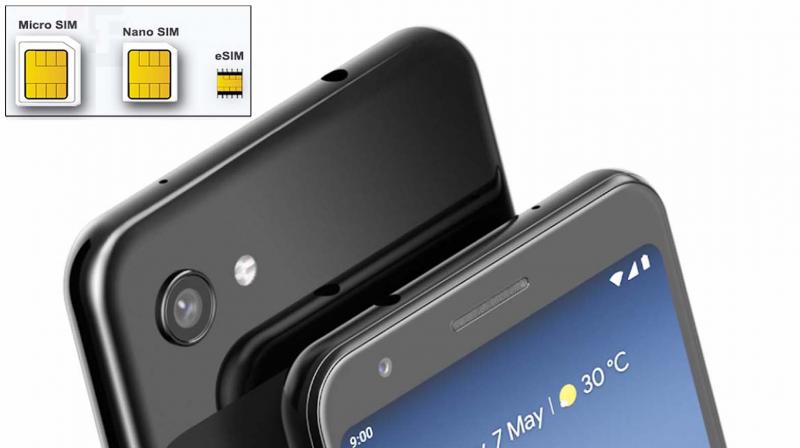 The big advance is that this is the first phone after the iPhone to enable rewritable e-SIMs which can be switched between numbers.

It was a fundamental fallacy that Google whose Android OS was a mass-market offering, chose to remain elite when it came to launching its own mobile handsets with the Pixel family. It competed with iPhones and high-end Samsungs but left the rest of us unmoved. Now it seems to have heard the message: Pixel 3a launched worldwide this week, cuts the asking price from around Rs 60,000, to just under Rs 40,000, while retaining its biggest claim to fame: a great camera combo -- 12.2 MP at the rear, 8 MP at the front, delivering as good images as many multi-lens systems.

The phone squeezes essentially the same hardware ( 4 GB RAM, 64 GB storage, no expansion) into a smaller 5.6-inch display and a 147-gram body. Sold with the current Android Pie 9.0, an update to v. 10 is promised later this year. Google has brought back the headphone jack but has made the earbuds a paid extra. There is no wireless charging -- which seems a retrograde step and the device is -- be warned -- not water resistant.

I always liked the feature where you squeeze the sides of the phone to activate the Google Voice Assistant. The phone also throws in a preview of some upcoming Augmented Reality enhancements when you use Google Maps -- but we can't experience this in India where the necessary 3-D Street View is not allowed. Somewhat sneakily, Google has downgraded the unlimited free cloud storage for your photos and video: With 3a, this will be in a lower resolution.

The big advance is that this is the first phone after the iPhone to enable rewritable e-SIMs which can be switched between numbers. In India Airtel and Reliance Jio, offer the virtual SIM feature. Pixel 3a is available for Rs 39,999 from May 15. Also on offer is a 3a XL for Rs 44,999 with earbuds thrown in, slightly larger battery, a 6-inch screen, and fast charging.