In order to lend an affordable option, the company is now readying a lower priced version of the KEY2 smartphone. 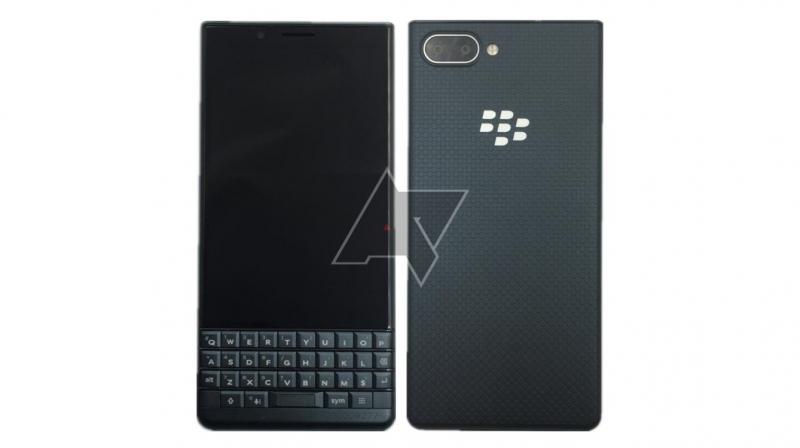 The phone misses out on the BlackBerry’s traditional trackpad but it does have a compact and nice looking keyboard at the bottom. (Image: Android Police)

Thanks to the legacy which BlackBerry phones possess, there are still many fans of these models. The company just recently launched the BlackBerry KEY2 (successor of the Keyone) giving the modern smartphone buyers an appealing product, with a hefty pircetag though. In order to lend a more affordable option, the company is now readying a lower priced version of the smartphone named as BlackBerry KEY2 LE.

There weren’t many details about the phone but now, Android Police acquired them from one of its source which includes a picture revealing different features of the model.

Unfortunately, the phone misses out on the BlackBerry’s traditional trackpad but it does have a compact and nice looking keyboard at the bottom. Look at that spacebar. It consists of the fingerprint sensor as well along with accomplishing its standard duty. It bears the 4.5-inch 1080 x 1620 resolution display which is similar to its higher-spec sibling KEY2.

The source also claims that the smartphone will come with the Snapdragon 636 chipset and the storage options include 4GB RAM along with 32GB or 64GB internal storage. The rear camera has been reported to be a pair consisting of a 13MP and a 5MP sensor. It will perhaps be fuelled with a not-so-big 3000mAh battery.

There’s no proper information about the pricing but looking at the specifications, which are slightly lower than the KEY2, we can expect the same to happen with the price as well. The BlackBerry KEY2 is priced around Rs 42,000 for the 6GB/64GB variant.