Apple iPhone 11 Pro is going to destroy the competition

The smartphone industry is about to get interesting. 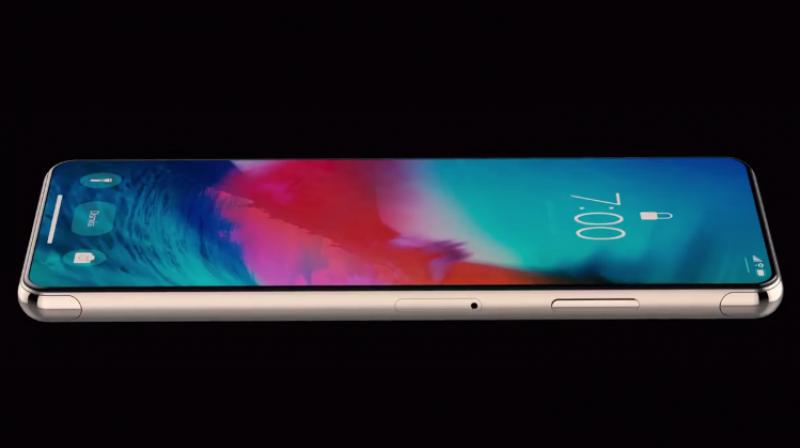 The iPhone 11 Pro has certainly got tongues wagging.

The Samsung Galaxy Note 10 launch has just taken place and the world is enthralled with whatever it has on offer. While it’s rightfully Samsung’s time to shine, they should be looking over their shoulder as an old foe is gunning for them in the form of the Apple iPhone Pro.

If you had to ask us a week ago, we would have said that Samsung would absolutely destroy Apple’s upcoming iPhones as all it is expected to be a re-jigged iPhone XS in a marginally new body. However, this all has changed and now, Samsung has something to fear as rumours about an Apple iPhone 11 Pro has started to surface which could potentially put an end to Note 10’s dominance.

The iPhone 11 Pro has certainly got tongues wagging with questions such as what does it look like? What can it do? How come it suddenly exists? And most importantly, should I put off the Galaxy Note 10 for it?

For Samsung, these are the questions it doesn’t want potential consumers asking. There is a good reason for it as well as since the Note 10 launch the Apple iPhone 11 Pro has been a mainstay in headlines the world over.

However, Samsung shouldn’t really worry about it, right? Since smartphones came into being from the early days of the iPhone, Samsung has always been the Cupertino based brand’s primary and most fierce rival. So, why should a moniker like ‘Pro’ tilt the balance in favour for Apple and that too since the Galaxy Note 10 is a pretty formidable device?

Going to the basics — the iPhone 11 Pro has recently popped up in a tweet by a mysterious tipster named CoinX. However, it’s worth mentioning that this tipster has a reputable track record and in the past accurately predicted the names for the iPhone XS, XS Max and the iPhone XR. Also, CoinX had accurately stated that the iPads would lose the headphone jack; which adds some credibility to his leaks. While this could be just a rebranding of the ‘Max’ naming on the larger of the two OLED smartphones, it could also point out certain features that could be associated with a whole new device; something that hasn’t been leaked before. So, our points will be mostly based on speculation than actual facts.

There are plenty of reasons to claim that Apple could be preparing an iPhone 11 Pro.

Let’s start by recalling that in 2016, an iPhone 7 prototype surfaced which came with a 3-pin dock connector at the bottom which is the same used on the iPad. This connector can be used to connect to a smart keyboard and this proves that Apple has an eye out for its power user clientele.

With this being said, Apple has always liked to keep things simple with its lineups and have offered a single device that spread across two variants in 2014. Later on, in 2017, Apple announced three models — the iPhone X, the iPhone 8 and the iPhone 8 Plus. However, it can be pointed out that when Apple launched the iPhone XS models, they were essentially the same smartphone with two different sizes. This shows that they are still keeping things simple even though they have launched three new iPhones.

Apple’s iPhone sales have not been up to expectations and have fallen at a time where usually they would find growth. This is part of Apple’s scheme in pushing the price of the iPhone up and they were the first mainstream brand to offer a smartphone that crossed the Rs 1 lakh mark. Apple did this to raise margins to offset its sales drop.

While Apple sales are growing in the wearables and service business, the Cupertino brand desperately needs its iPhones to sell well in order to continue being considered as a top smartphone brand.

And this is where the iPhone 11 Pro comes in — a smartphone that costs more as well as offering something extraordinary. Pairing it with smart keyboard covers, super-fast charging capabilities, as well as a powerful chipset, are all attributes needed in a formula for it to receive astounding success.

The only issue with the iPhone 11 Pro is that it has come at a time that’s a bit too late. There aren’t many leaks surrounding this handset and a betting man would not put out for it to launch this year. However, the prospect of an iPhone Pro in 2020 seems more realistic.

This iPhone Pro could come with some enticing features such as 5G connectivity, a larger display without any notch or even for that matter the much talked about the foldable phone from Apple.

If Apple indeed launches this smartphone and this year at that, it will revive a market that’s stagnating and desperately in need of some fresh blood.