The flagship smartphone from HTC has a glass-metal combo body with sensors embedded on the sides. 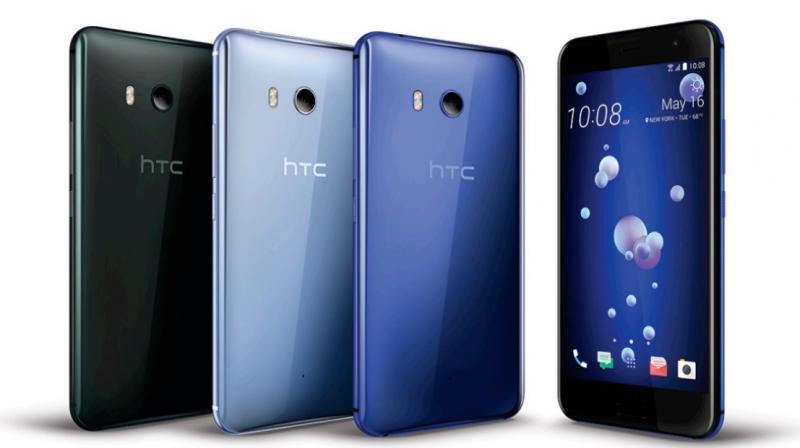 HTC’s latest flagship is the latest smartphone to go through his tests and it comes out with unexpected results.

Whenever a new smartphone is launched, the world waits for a durability test from popular YouTube channel, JerryRigEverything. Until now, Zach from JerryRigEverything has taken certain flagships through his rigorous durability tests, including the Samsung Galaxy S8 and Xiaomi Mi 6. Now, HTC’s latest flagship is the latest smartphone to go through his tests and it comes out with unexpected results.

The HTC U11’s body is made of a glass-metal combo and that does not sound very assuring on paper. However, HTC has perfected the art of making phones with glass panels that can undergo drops and bends impressively, like Samsung. That explains the reason why the HTC U11 was able to keep its rear glass intact in the bend test, even though the front glass panel shattered. It seems that the functional surfaces of HTC U11 are prone to scratches and shatters whereas decorative surfaces like the rear panel hold up quite well.

The reason we say that because, like the front panel that shattered, the ‘Edge Sense’ side frame was also prone to extreme bending. The metal frame provides a limited structural support to the handset, thus deforming the U11 under some stress. The front display panel is also subject to scratches from sand particles while being unaffected from coins and other stuff that stay in pockets.

While the U11 doesn’t hold up as well as the Galaxy S8, considering the Samsung flagship has more delicate glass surfaces than the U11, the U11’s Edge Sense frame needs some kind of structural strengthening, which we hope that HTC could come up with during the life cycle of the U11.