This method will give you early access to iOS 11 beta before Apple finally rolls out the entire new operating system to the public. 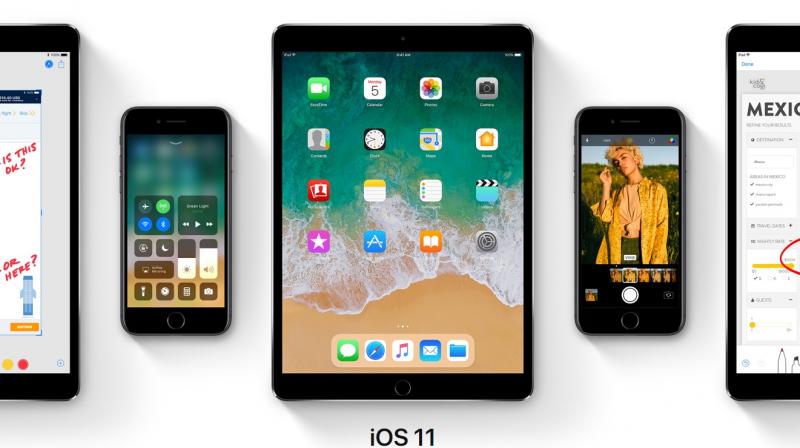 The method in this article applies to beta downloads (developer versions) of iOS for iPhone and iPad, MacOS for your Mac and Macbook, Watch OS for Watch and tvOS for Apple TV.

This article will help you install Apple’s iOS 11 beta on your iPhone or iPad for free, and you won’t have to pay for a $99 (Rs 7,000) developer account. If you are interested in testing out the beta version of the new operating system that will finally be launched to public on September here’s your chance. However, you should note that the beta version of iOS 11 is not completely stable, and you could witness crashes, freezes and an unstable phone or tablet. The final version should be ironed out of every bug or issues, later in September.

Apple launched the developer version of iOS in June and many are presently testing the beta version of the new operating system on their phones. However, in order to get the beta version on your phone or tablet before anyone else gets the final version of the iOS 11, you need to have a developer account with Apple. The developer account comes in two forms — one free and one paid. While the free version gives you only a few features to try and test, the paid version opens up a lot more to developers for testing and development.

Presently, only the paid developer account allows you to access and install the iOS 11 beta version on your iPhone or iPad. If you are registered as a free developer user, you won’t get access to the same. But there is a method that can allow you to download and install iOS 11 beta on your devices without paying for a developer account. However, you should know that the method will not give you updates and patches when released under beta version, since you are not registered as a paid developer user.

Just as a mention: The method in this article applies to beta downloads (developer versions) of iOS for iPhone and iPad, MacOS for your Mac and Macbook, Watch OS for Watch and tvOS for Apple TV.

To begin with, we would advise you to install the developer version of iOS 11 on a standby or second Apple device and refrain using it on your primary handset. This is because the beta operating system could have bugs and issues and could crash or freeze your handset or tablet. You would have to re-flash your smartphone or tablet again with the official version of iOS 10.x if your device crashes. So be prepared to accept the new operating system in as-is condition.

If you already have a developer account, you can skip this step. For those who don’t have it as yet, you can click on this link and register yourself with one. You have the option on the page to pay or opt for a free  account only. 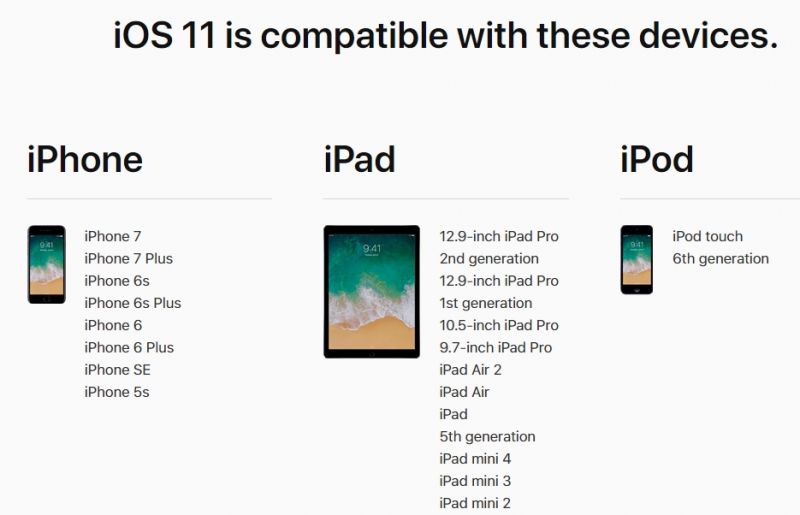 Once you have registered for a developer account, you need to click on this link using the Safari browser on your iPhone or iPad.

Do note: Apple allows you to download the beta OS even without a developer account. However, a third-party website is making the same available for those who would like to try out the beta OS. But they are not taking the responsibility for any issues with the device thereafter. Some users have reported battery drain, crashes and overheating on their iPhones after installing beta. Make sure you take a complete backup of your device before doing anything ahead. So try this at your own risk.

Once you click on the link, you will be taken to the website where you need to choose your device. Click on ‘Download’ in the iOS Downloads section. A popup will ask you as to which device are you using. Choose your device and you will then head to a new webpage, which states ‘iOS Beta Software Profile’, where you will see that the AppleCare Profile Signing Certificate is verified. Click on the Install button on the top right corner of your screen. You will then be asked to enter your device’s passcode for authentication — a security feature by Apple to make any changes to the operating system. After entering the passcode, you will land on the next webpage, which has the message (disclaimer – Terms and Conditions) from Apple. Read it and if you agree to continue, click on the ‘Install’ button on the top right corner of the page and hit the Install button that pops up as a confirmation. 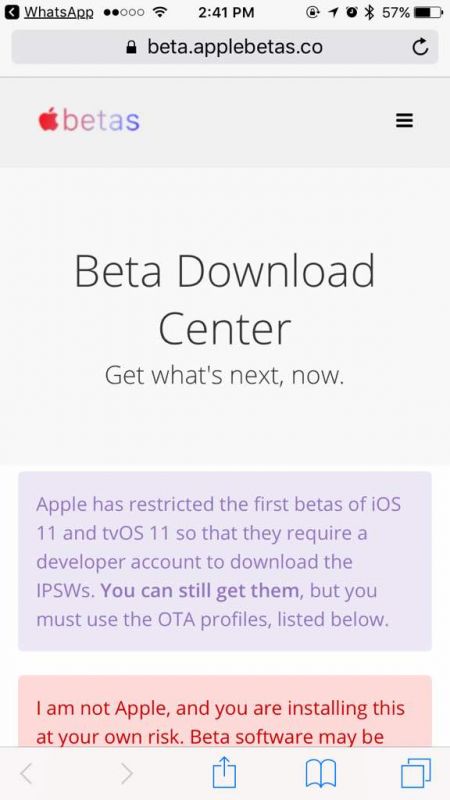 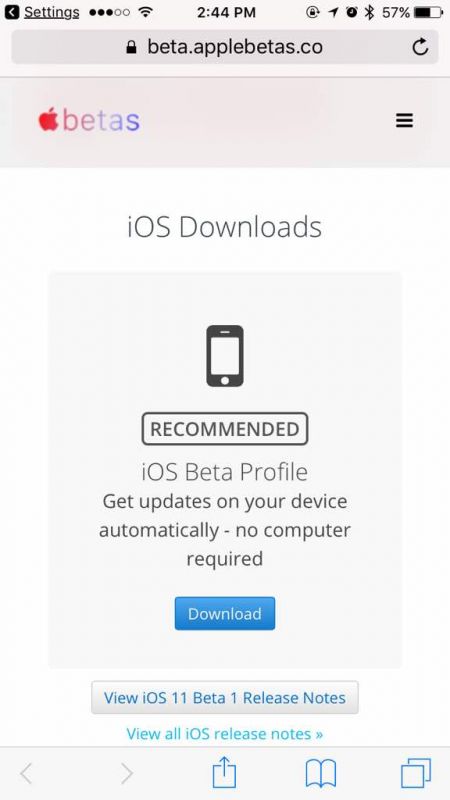 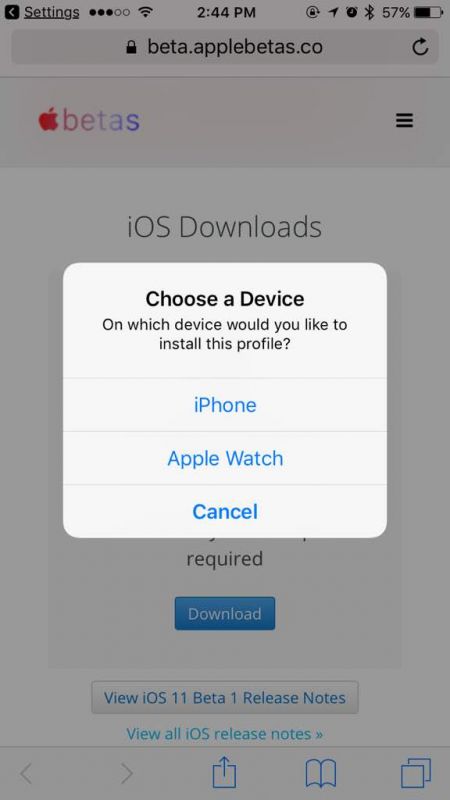 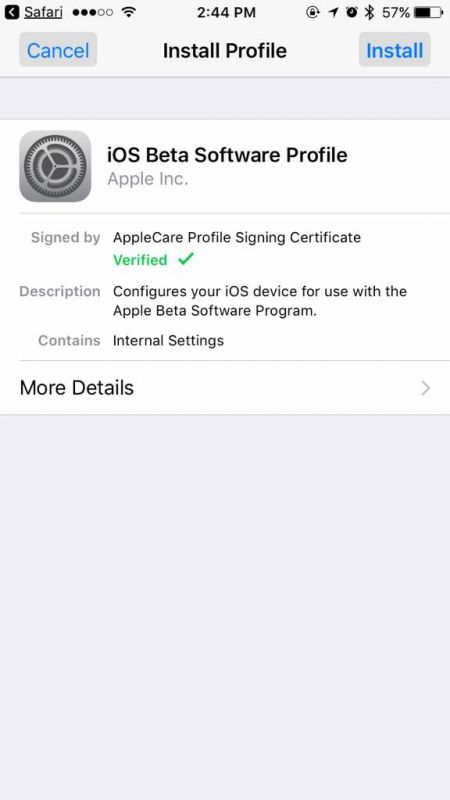 After rebooting you can head to the Settings and under General – Software Update you will find your beta OS waiting to be downloaded. Hit the download button and wait for the entire beta OS to be downloaded to your system. Make sure you have a fast and fruitful internet bandwidth so that your new OS, which is more than 1GB, can be downloaded without any hiccups.

Once done, follow the instructions on your screen to install iOS to your device.

You will be greeted to your new operating system after a reboot, post installation. The device will now have new features that are introduced, and to be introduced in the new OS. Enjoy your new living room for your smartphone.

Others who don’t want to head to the service centre and have a little know-how on using iTunes to recover the device, click on this link.

Disclaimer: Deccan Chronicle, or the websites referred in the links within this article, will not be responsible if your device is dead, bricked or damaged in the process. Make sure backup your entire data before doing anything. Try the above procedures at your own risk. Try the procedure on an older compatible device if you are eager to try out iOS 11 beta.