ASUS ROG Phone 2 launch date announced, here's how you can also get it for free 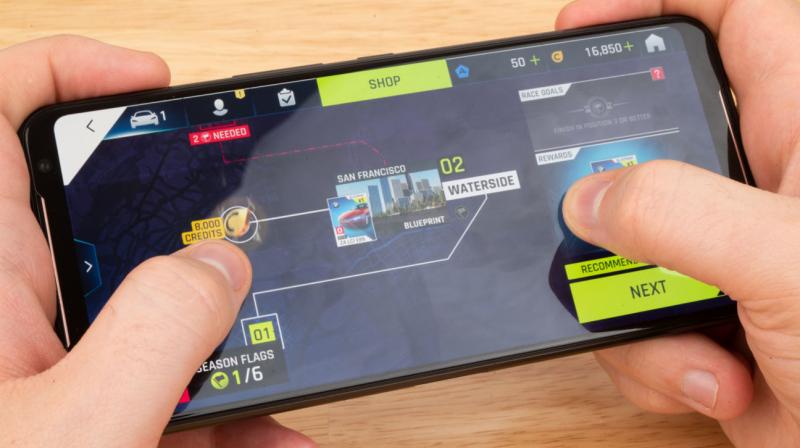 ASUS is all set to launch its highly awaited flagship gaming smartphone ASUS ROG Phone 2 on the 23rd of this month, according to an announcement through a tweet on its official twitter handle.

ASUS is all set to launch its highly awaited flagship gaming smartphone ASUS ROG Phone 2 on the 23rd of this month, according to an announcement through a tweet on its official twitter handle. It has also said that the smartphone will retail exclusively through Flipkart, where a page has been put up for the phone.

With an unprecedented 12 GB of RAM, Snapdragon 855 Plus processor and a large 6,000mAH battery, the phone is set to be one of the best smartphones released this year and packs almost the best of all smartphones in one. Complementing its specifications, the phone’s prices are also expected to be high.

The ROG Phone II is all set to revolutionise smartphone gaming forever and knockout other flagships. 23rd September is the day when the ROG Phone II will quench the thirst for the ultimate weapon. #ROGPhoneII #WorshippedByGamers #LovedByTechGurus pic.twitter.com/3grhYg4ubg

However, ASUS has also launched a giveaway for its highly awaited phone. By cracking different codes on images it shall roll out as challenges on its twitter page, individuals can have a chance at winning the phone.

Gamers, assemble! We’ve got a series of covert missions for you coming up. On successfully completing each mission, you get a chance to win the ultimate gaming weapon, the Asus ROG Phone II. So lock and load your grey matter and get ready to #CrackTheCode. pic.twitter.com/fyyBIaqe6O

A gaming phone, it has two editions one of which was unveiled at IFA earlier this month. The phones shall carry a 120 Hz refresh rate on a 6.65-inches AMOLED display and a 24 MP front camera. At the back, the phone shall have a 48 MP sensor with a 13 MP camera. Further more it shall have dual front-facing stereo speakers with DTS: X Ultra support and ultrasonic air triggers and a USB type C port. Apart from the large RAM, it also has a massive 512 GB UFS 3.0 of internal storage.