The Reinvent Phone is a minimalist device that only allows calls, messages, listening to music and FM Radio. 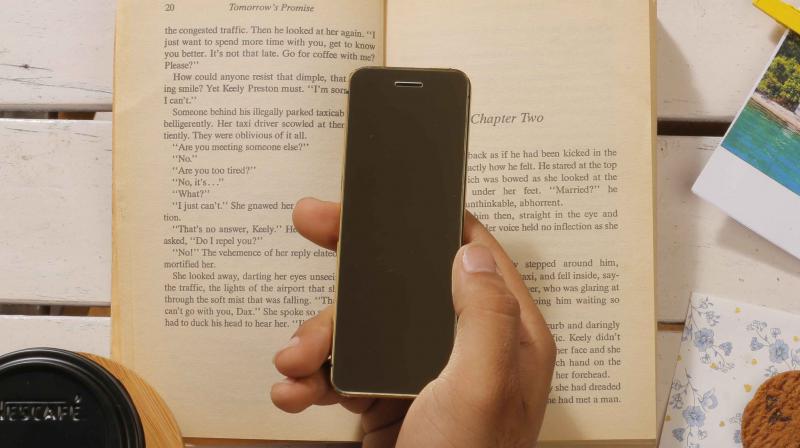 The phone utilises Gorilla Glass panels for the front and rear, which imparts a premium look and feel of the device.

Digital detox is the trend these days. The idea is to separate yourself from the modern complications of social media and be simply limited to just being connected. While several manufacturers are coming up with new ideas for a minimalist approach to being mobile, most of them feel extremely cheap, especially the ones in the Indian market. One company, however, has taken it in a slightly different way with the Reinvent phone.

The Reinvent Phone is a simple feature phone that has been made tastefully. The phone utilises Gorilla Glass panels for the front and rear, which imparts a premium look and feel of the device. Couple that with a metal frame that resembles that of the iPhone 5’s and you have a feature phone that looks highly desirable. There’s a full T9 keypad that almost disappears when the phone is locked.

Look past the form factor and you will be greeted with usual feature phone functions such as the ability to make calls and send text from two numbers (yes, it’s a dual SIM phone). The phone can store up to 1000 contacts and can also play MP3 songs from expandable storage.

The Reinvent Phone is priced at Rs 3,999, which initially seems like a lot for a feature phone, but is a stylish way to detox yourself from the harsh side-effects of the current digital age.