Finally we know why Apple used this camera array on the rear of the iPhone 11 Pro. 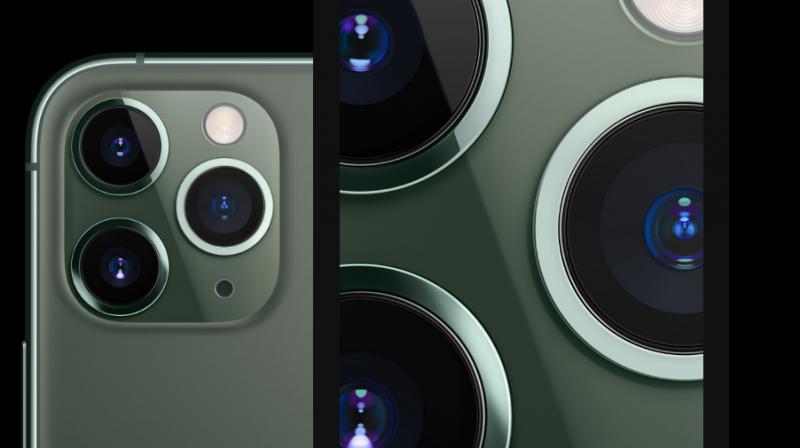 As soon as the iPhone 11 Pro design leaked, people the world over have criticized Apple’s decision for adding the huge camera bump on the rear that houses the handset’s triple camera setup which resides in an all-new square module. However, with the first reviews coming in, it seems that Apple had a very valid reason to place the triple camera sensors the way they did on the rear and it has absolutely nothing to do with making the most of the space available.

Several Android smartphones that feature triple or quadruple lens systems feature a variety of arrangements. They come aligned horizontally, vertically, as well as square modules that house up to four lenses. Smartphones from major brands such as Huawei and Samsung all come with triple lens systems which fall under the aforementioned design schemes.

Apple, on the other hand, decided to do something a bit different by aligning the lenses in a zigzag pattern. After Apple unveiled its iPhone 11 Pro and effectively confirming this design, a flurry of jokes and memes hit the web. Some reports also started circulating which suggested that Apple started triggering people’s trypophobia with its camera design.

However, Mashable explained exactly why Apple chose this design for its iPhone 11 in its review. Raymond Wong stated, “Ignore the noise you hear online. The iPhone 11 Pro and 11 Pro Max are way better looking in person, after you’ve held one in your hands, and used its weirdly aligned triple cameras (there is a reason why they’re like that, which I’ll get into soon).[…]

Apple’s deep software paired with the camera hardware is what sets the iPhone 11 Pro cameras apart and makes zooming between the three cameras feel so smooth; there’s none of the stuttering you see on Android phones when you toggle from one camera to the other.

It’s for this very reason that the three cameras on the back of the iPhone 11 Pros are aligned the way they are: for zooming straight out from the centre. On Android phones, where the three cameras are usually aligned in a row, you have to physically shift the phone to the left or to right to recompose a shot, and doing so feels less like zooming in and out and more like switching to separate cameras. It’s a small detail, but if you’re serious about photography, it makes all the difference.”

Hopefully, this non-issue has finally been cleared and the world can start appreciating Apple for its functional design decision.