The 5T Star Wars Edition’s box contains a hidden holographic prism from the movie and a special code on the smartphone itself. 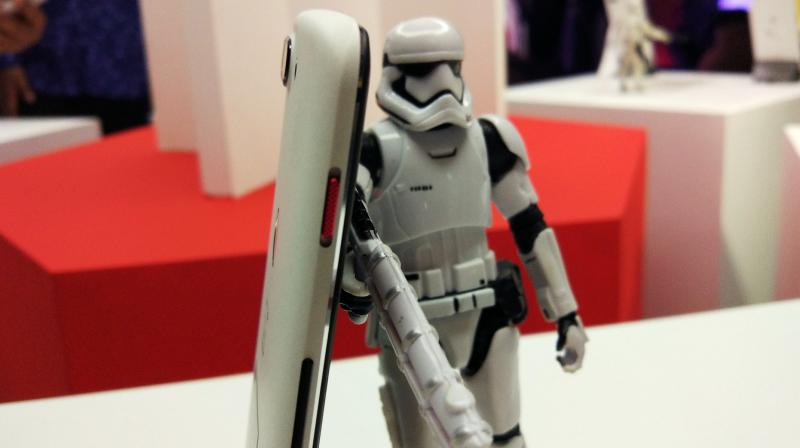 The 5T Star Wars Edition’s packaging contains more than just the smartphone and its accessories.

As we have declared in our review (read here), the OnePlus 5T Star Wars Edition is simply more than just a paint job and some fancy packaging. The flagship offering from the company celebrated the latest release of the Star Wars franchise by adorning the colours of the interstellar galaxy and prove itself to be a memorable ‘techie’ merchandise for a true Jedi. However, OnePlus takes its idea of ‘Never Settle’ very seriously.

You see, the Star Wars franchise is mostly about adventurous exploration. Therefore, OnePlus chose to embed that idea into their latest special edition offering. While we were unboxing the phone, we found that the 5T Star Wars Edition’s packaging contains more than just the smartphone and its accessories. In brief, the 5T Star Wars edition contains an exciting Easter Egg. 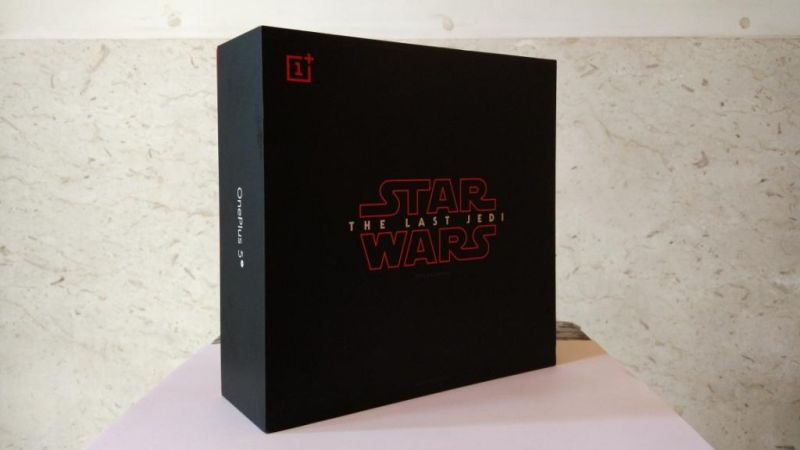 If you remember, we uncovered a special card in the packaging while unboxing the smartphone. During the launch event, Xi Zeng, Product Manager, OnePlus Global, stressed on paying careful attention to all the minute details that make the 5T Star Wars Edition a special treat for the fans of the brand as well as the Star Wars franchise. Xi mentioned that they spent hours behind designing the leaflet that carries a Star Wars anthem. You may initially pass this off as just another inspirational stuff but it contains a hidden message. 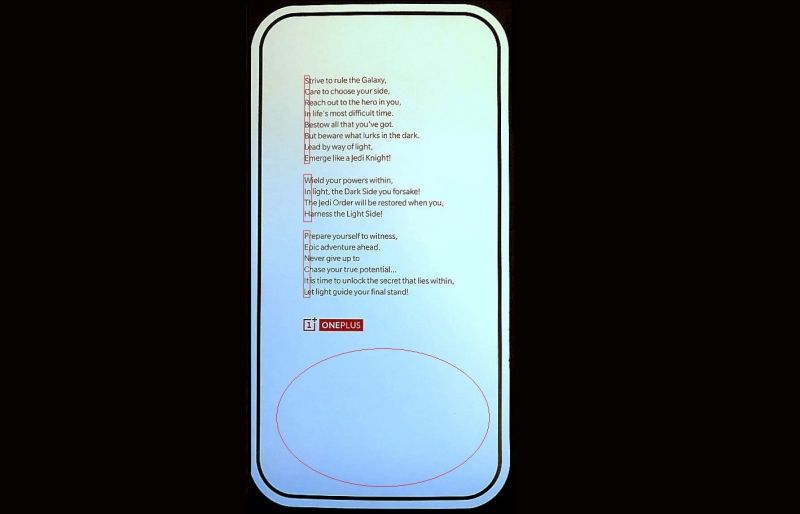 Look closely and you may notice the hidden message. If you read the first letters of all the lines vertically, you will notice that it says the following — “SCRIBBLE WITH PENCIL.” Therefore, we got on with scribbling the leaflet and found that it contains a hidden message on the empty space, just below the OnePlus logo. It reads — “Find the secret compartment and check the weather forecast on Ahch-To”. For those who don’t know, Ahch-To is the name of the planet where Luke Skywalker is seen training Rey. 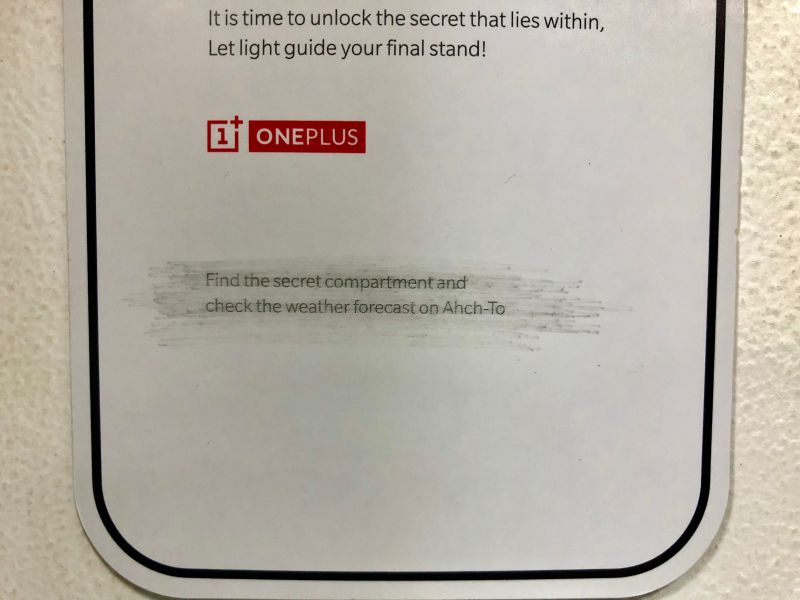 If you have the box around, you will notice that the base has a special 'red lining' all around. Try lifting the box without the base (you may push the base to make it come off more easily) and you will find a package. Once you undo the packaging, you will come across some Do-It-Yourself stuff, which once completed, will look like a prism made of a semi-transparent, highly reflective clear plastic sheet. If you recall, this looks similar to the holographic prism from the Star Wars: The Last Jedi movie. 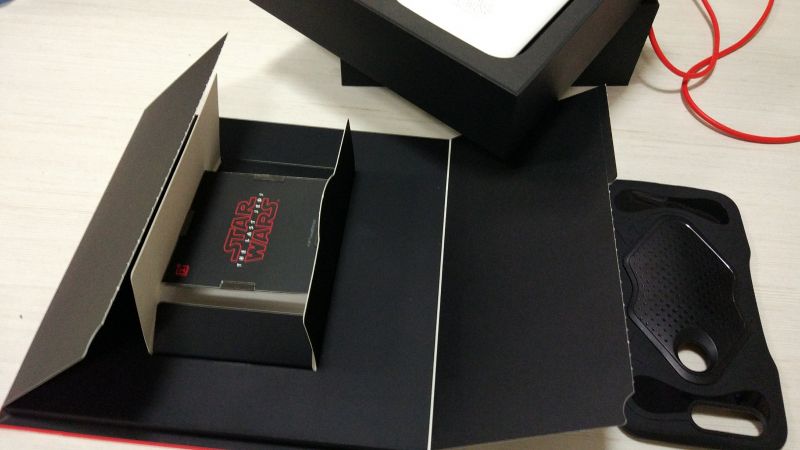 On your OnePlus 5T Star Wars Edition, simply open the weather app and search for 'Ahch-To'. Once you select it, you will see a special Star Wars animation, followed by a message asking you to put the holographic prism in the centre when the phone lays flat on any surface. Once you put the prism, you see 3D holographic animation delivering you your own sweet message from the Force. 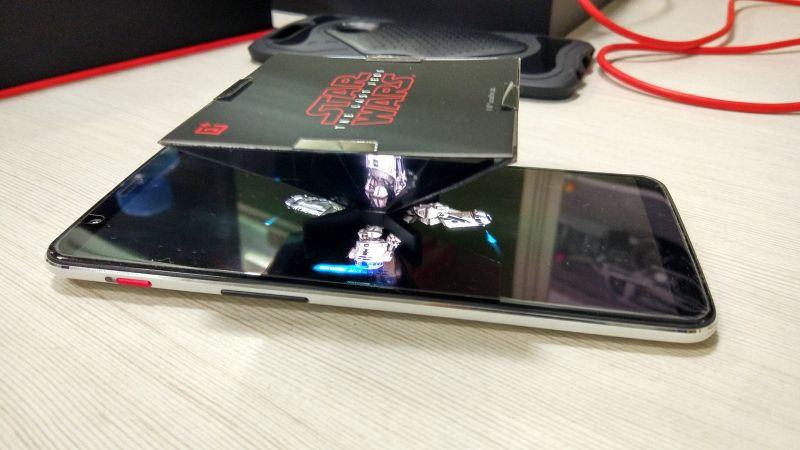 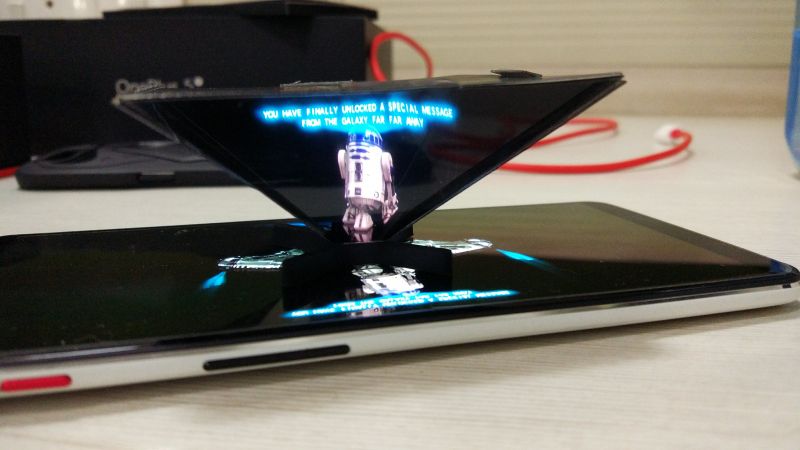 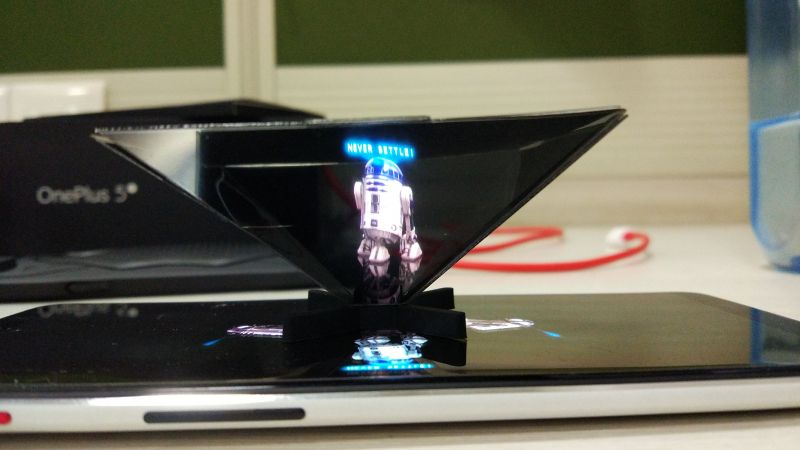 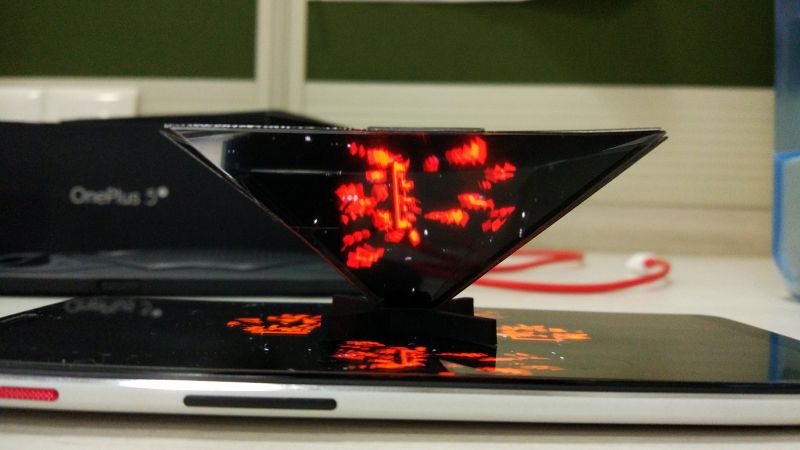 Check out the whole experience in action.

Does this Easter Egg seem special to you? To us, it definitely does. In fact, it makes for a sweet experience for all the Star Wars fans who managed to grab one of these special edition 5Ts. OnePlus really knows a thing or two in making the user experience special for their smartphones and with the OnePlus 5T Star Wars Edition, it makes for a grand experience for all the Jedis out there who got this ‘Force’ with them.