Samsung Galaxy S8: To buy or not to buy

Samsung has been widely known for their design stunts, which they have been very successful at 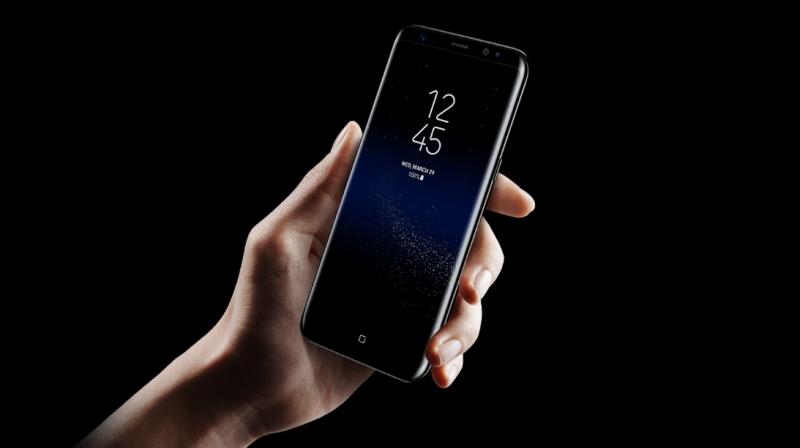 However, with premium flagships defining the future of the smartphone world, are they worth it? well, yes, but in their own domain.

Samsung had debuted its flagship Galaxy S8 series last month in New York and now the premium smartphones have finally arrived in India. Samsung has been known for their design stunts, and they have been very successful in what they did till date — starting from the very first successful Galaxy S6 Edge which took the world by a storm with a curved edge AMOLED display. Samsung has always been at the top when it comes to implementing unique designs on their products and we must agree that they can beat the world to it as far as premium designs and incorporated technology is concerned. Now that the Samsung Galaxy S8 is here, we are being treated to a new unique display design, which is a first again — Infinity Display. The display curves around its sides, flushes with the rear panel to produce a gorgeous infinite screen. The premium looks will definitely see many takers wanting one of these babies in their hands.

However, with premium flagships defining the future of the smartphone world, are they worth it? well, yes, but in their own domain. For example, Apple’s iPhone marked one of the first smartphones with a touch display, Samsung ruled the design element making the impossible look possible, Xiaomi took the display to the ‘edge’, while Google pioneered the photography segment, and many more brands that went ahead to be the first to make fictional tech a reality. While each one commands its own high price, are they really worth investing on? Let’s find out if the Samsung Galaxy S8 is worth an investment.

Style statement: Yes, if you are concerned about style, and if you have that kind of money to spend, go ahead. Consumers around the world have the privilege to opt for premium smartphones at the minimal price as they have an attached contract that helps them pay for the device over time, similar to an EMI. However, we are yet to witness the trend in India, though limited carriers have that option open.

Performance: Definitely! Samsung Galaxy S8 models are one of the fastest smartphones in the world. It has been proven that the Exynos variants that Samsung ships to Asian countries are a tad faster than the Snapdragon variant. However, the Snapdragon 835 chipset is also the first to feature on the S8 and there is not phone out there with such ‘horse’ power — except the Xiaomi Mi 6 that launched yesterday, but only available in China currently.

Display: One of the best displays on any smartphone out there, Samsung definitely leads the pack. With an Infinity Display, they have taken a leap ahead and others are yet to follow. If you are looking for a smartphone with the best display yet, Galaxy S8 should top your list. Yes, Sony has the world’s first 4K smartphone, but still does not offer an OLED panel. And yes, the

Safety: With security being one of the best till date — iris scanning with fingerprint and Knox, Samsung definitely takes security into high consideration. What’s more — other brands have still failed to feature waterproof and dust proof handsets similar to what Samsung offers. So feel safe, your smartphone will definitely not give up on you in water and your investment is safe.

Damage: With an Infinity Display boasting one of the best displays in performance and technology, the Samsung Galaxy S8’s display does not come cheap. If you happen to have buttery fingers, your phone could just be a piece of broken glass in no time. Samsung’s S8 is prone to immediate damage — if you are one of those ‘unlucky’ guys. Even though they are protected with Corning Gorilla Glass 5, the glass has its own limitation to the kind of torture it goes through. And if you happen to crack it (be it the main display or the rear panel) be ready to put a huge hold in your pocket as the repair isn’t cheap. Even if you repair it, you still stand a fair chance to lose the waterproof feature as the seals are no more protective.

Firmware: Yes, Samsung has Nougat on their flagships. While most Android security patches will be delivered, Samsung is known to roll out Android upgrades pretty slowly. So with Android O around the corner, the S8s will see it pretty late — probably as late as early 2017. If you are concerned about being the first ones to have the latest Android on your baby, we think Google’s Pixel is the way to go, or opt for an iPhone.

Price: The main factor that makes one decide on their next phone is his budget. With flagships costing at the end of the rainbow, it’s not as pleasing. Samsung’s new flagships will drain you down to the tune of Rs 57,900 and Rs 64,900 for the top model. Considering the price tag, one would probably opt for a cheaper Chinese Xiaomi Mi 6 flagship for almost half the price. However, while you could see performance on your side, what you lose is the additional premium features that the top brand has to offer.

Overall, the Samsung Galaxy S8 has its advantages and disadvantages. While the advantages are pretty impressive and makes it your next dream phone, the disadvantages will definitely be a concern for a few too many. It probably, finally boils down to your budget. If you can afford to get one of these babies, you will definitely find it worth every penny you spent.