HMD Global to give the Nokia 7.1 Plus a notch display too

Similar to its predecessor, the new smartphone will comply with Google’s Android One program. 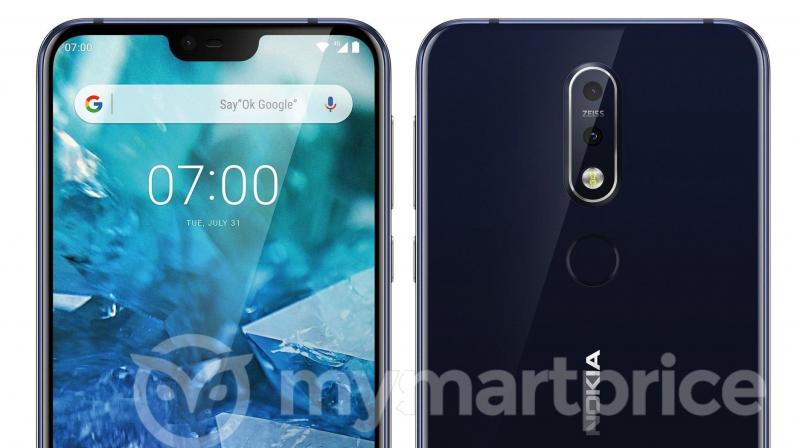 Nokia has been on a launch spree this season with aggressively proced yet well build smartphones in the affordable segments. The Nokia 6.1 Plus impressed with a premium build, a fluid performance and a stock Android experience while the 5.1 Plus brings the same thrills for a slightly lower price. However, the Nokia 7 Plus has been their most popular model, being the only one to get Android Pie’s developer previews. It now seems that Nokia is looking to bring the ageing 7 Plus up to the modern times.

A leaked photo from mysmartprice via Slashleaks shows official renders of the Nokia 7.1 Plus. The new model could replace the existing model and adopt the new design language that the rest of the Nokia’s lineup is slowly being treated to. The 7.1 Plus will feature a new 19:9 display with a notch on top. The notch is more akin to the one in the 6.1 Plus and only holds a single camera as well as an earpiece. However, there’s a thick chin present at the bottom.

The rest of the phone flaunts the same glass-metal sandwich design with usual button placements. Similar to the existing lineup, the 7.1 Plus will also be an Android One device, which should ensure timely updates and security patches. There will be a dual camera setup at the rear with ZEISS optics. A fingerprint sensor is also present in the centre.

Do note that this is still a leak, which is why we advise against believing it blindly. However, with a  trust score of 100 per cent, it seems that HMD Global could indeed end up with the 7.1 Plus pretty soon on our shores. When launched, the 7.1 Plus could replace the 7 Plus and sell for a similar price tag. However, with Vivo and OPPO bringing new features to the segment, it will remain to be seen whether Nokia could push enough units relying solely on premium build and stock Android OS.