Apple has released iOS 13.2.3 and it comes with some necessary improvements.

The biggest issue that’s rectified here is that it fixes system searches inside apps like Mail, Files and Notes.

With IOS 13, Apple has one of its busiest release schedules to date and the Cupertino-based smartphone giant appears to be just getting started. The major release that’s next is iOS 13.3 but as of now, there is no release date in sight for it. However, to tide you over, Apple has recently released a minor update with major fixes in the form of iOS 13.2.3 and it mainly includes improvements for your iPhone.

As mentioned earlier, this isn’t a major update and the sole purpose of it is to fix niggling issues rather than introduce new features.

The biggest issue that’s rectified here is that it fixes system searches inside apps like Mail, Files and Notes. There was another issue where Messages details view had issues where images and links and other attachments weren’t being displayed properly. This update fixes it as well. 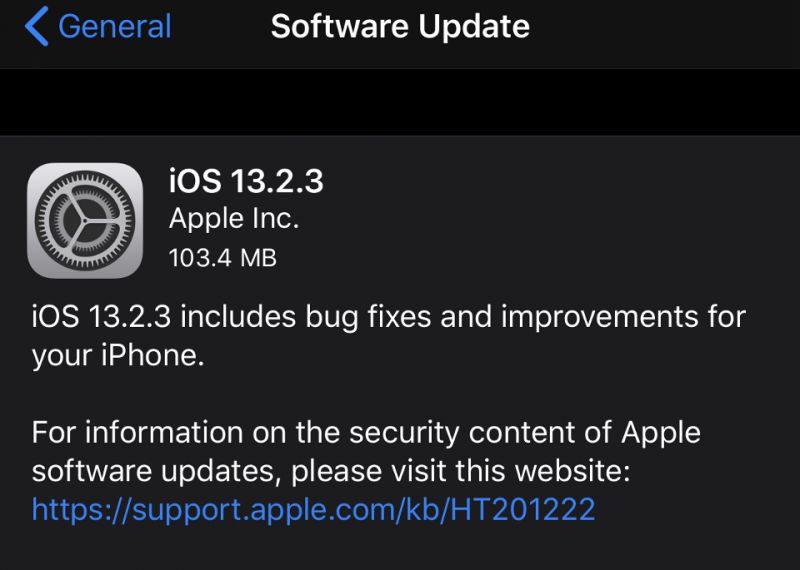 Lastly, another issue which Apple has fixed where Mail wasn’t able to get new messages or wasn’t including original message content in Exchange accounts.