Kipchoge suffers loneliness of the long-distance runner thanks to virus

On the third day after breaking up from the camp, Kipchoge finds that it's really hard to train alone because teamwork helps him so much 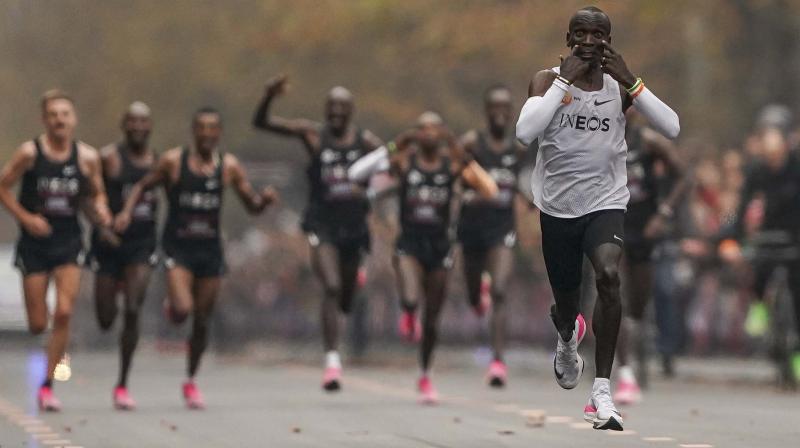 Paris: When he broke the two-hour barrier for the marathon in October, Eliud Kipchoge did not run alone, but now, as a diary he is recording reveals, he has no choice.

Kipchoge may be the only man to have broken two hours, but when he set the time in Vienna he ran with an echelon of pacemakers.

Now, as the first episode of 'Eliud Kipchoge's Isolation Diary', makes clear, he is experiencing the loneliness of the long-distance runner.

The diary, recorded for the BBC, opens with the Kenyan rising from a kitchen chair with his tracksuit and running shoes on.

"This is now the third day since we broke up from the the camp due to coronavirus. It's really hard to train because I value teamwork. It's mutual interest because it helps me so much."

"I am trying to quarantine myself, stay with the family and make sure I don't actually mingle with a lot of people," he says.

"I am trying to keep more fit myself and wake up early at 6 o'clock and go for a run and make sure I stay fit," he adds.

"Good morning," he adds, waving, turning and heading on his own for open front door.

Outside it is dark and dogs can be heard barking.